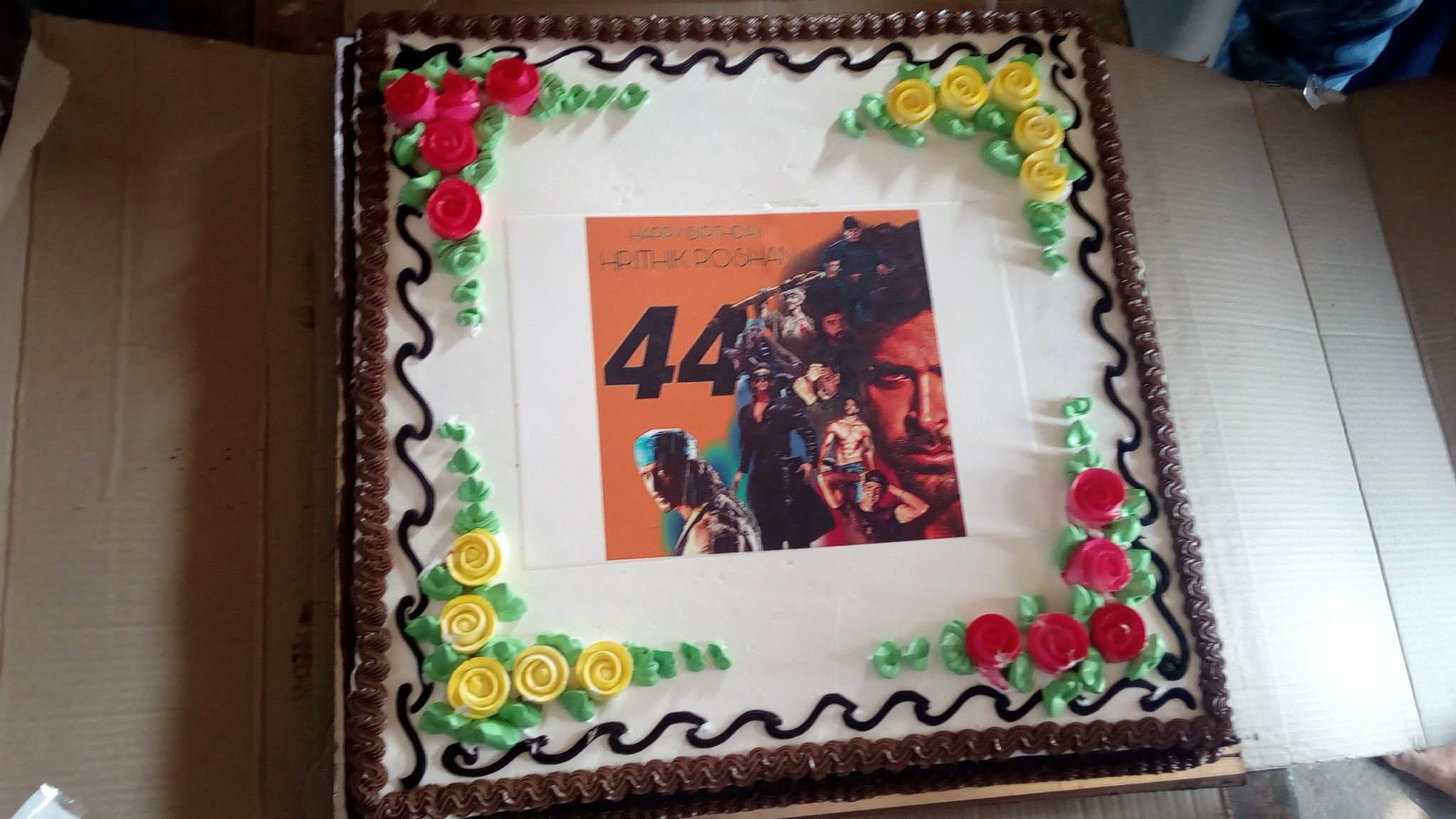 Bhubaneswar: With the entire nation celebrating the birthday of Bollywood Greek god Hrithik Roshan, his fans in Odisha are no less in rejoicing this happy occasion of the Jodha Akbar actor.

Hrithik Roshan Fan Club (HRFC) Odisha had declared a month ago on social media of the impending celebrations on the star’s 44th birthday. This club of 70-odd diehard Hrithik fans began the day with a mangal aarti, praying for the well-being of the Kaho Naa Pyar Hai debutant, at Ram Mandir in Odisha capital this morning.

They had arranged for lunch at an orphanage in Patia in the city. They also distributed notebooks and pens among the kids and cut a cake in the name of the Dhoom actor. A day before, they also released Hrithik T-shirts and stickers for all their members.

HRFC Odisha, founded by Pranay Kumar Nayak of Khordha, has been celebrating Hrithik’s birthday for the last five years. They had hosted a luncheon at an orphanage for visually-impaired children in Odisha capital, last year on this occasion, as well.

Apart from watching the films of Hrithik first day first show, they are also involved in social activities such as conducting awareness rallies on eye donation and tree plantation drives. They also have a social media handle Troll Hrithik Haters to quash memes and trolls against the actor.

On the occasion of film release of Hrithik-starrer Kaabil last year, they erected a whopping 30-feet poster of the star at Maharaja cinema hall here.

Previously, they had released a 25-feet poster and also cut a cake celebrating the premier of Mohenjo Daro in Bhubaneswar.

“There is no actor or celebrity like Hrithik in Bollywood. He entered the industry at a time when the Khans were ruling the roost and his debut film was a blockbuster that made records in Guinness Book of World Records and Limca Book of Records for winning 231 awards that year. With a fitness-inspiring physique and handsome looks, he is an amazing actor with a heart of gold,” said Pranay, who had met the actor in April last year at a party hosted for Hrithik fans in Mumbai.

With regard to the Kangana Ranaut controversy, these fans are confident of Hrithik’s innocence and impressed by the dignity and humility, with which he handled the matter.

HRFC Odisha plans to take kids of an orphanage on a movie date when Hrithik’s upcoming film Super 30 hits theatres. They are overjoyed on hearing the news that the release date of Krrish 4 has been announced for Christmas 2020.