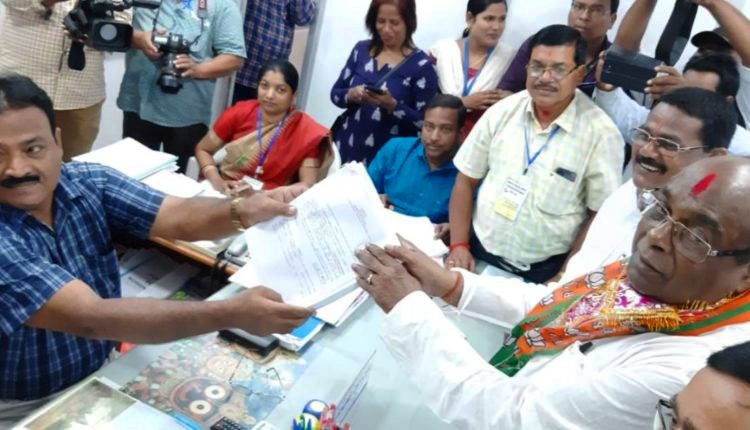 Accompanied by a lawyer and a handful of supporters, Rout submitted his papers at the office of Jagatsinghpur Sub-Collector Mahendra Pratap Mohanty.

Political observers said the senior leader did the formalities at the Sub-Collector office and went back soon after just to avoid confrontation with his son Sambit Routray during filing of nomination.

Worth mentioning, while Sambit will contest the upcoming polls from Paradip Assembly Constituency, his father, the sitting MLA of Paradip, has been fielded by BJP from Ersama-Balikuda segment.

The expelled BJD leader and former Minister had joined the saffron party at its office in New Delhi on March 14.