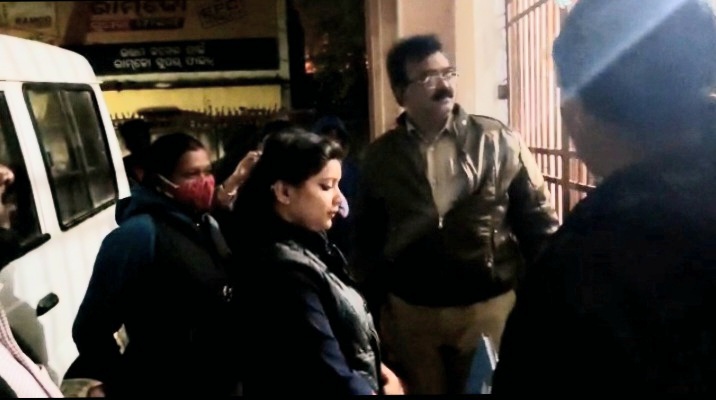 Pallahara: In an unusual incident, a woman barged into the house of a ruling party legislator with marriage proposal in Odisha’s Angul district on Monday night. The matter came to light after two separate cases were filed by the legislator and the woman against each other at a police station today.

The woman, Ahuti Mohanty from Bayalamara village in Keonjhar district reached the house of BJD legislator from Pallahara, Mukesh Kumar Pal in Balipasi village. Identifying herself as a friend of Ahuti entered the legislator’s house. She then told Pal’s family members he promised her to marry three months back. She further accused the legislator of not keeping his words and threatened her to ruin his political career.

Following the high drama at the legislator’s house, Pal went to his Balipasi village and contacted the Pallahara Police for help. In his complaint, Mukesh Kumar said as he reached his house in Balipasi, the woman confronted him and threatened to ruin his political career by levelling false cases if he does not marry her.

After being informed, a team of police personnel reached the legislator’s house and took the woman to Pallahar police station. A case was registered against the woman under Section 20 of IPC 448/506.

The woman, a law student later lodged a complaint at Pallahara police station accusing the legislator of establishing sexual relationship with her on the pretext of marriage. She further stated some supporters of Mukesh Kumar beat her up and damaged her mobile phone to destroy the evidence. Later the woman was sent to Keonjhar amid police security.

Rumour mills are spinning fast about the incident in Pallahara assembly constituency. Some of the locals blamed the woman for the entire issue. However, she found a few support from some locals who hold the legislator responsible for the matter.