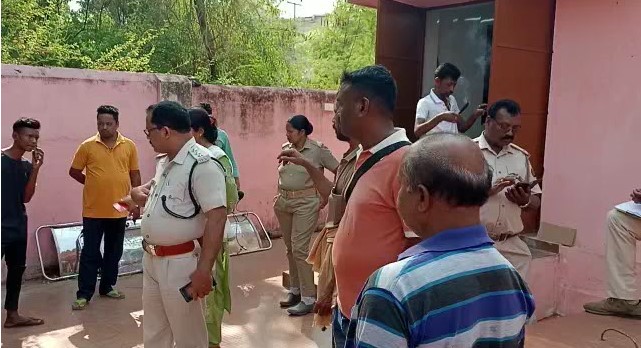 Balangir: A woman was brutally killed in a farmland near her house at Larkipali village in Balangir district yesterday night.

The deceased woman has been identified as Anjana Patel, aged about 45 years.

According to reports, Anjana had been to a farmland, just 200 metres away from her house, at around 9 pm to attend nature’s call. Since then she had not returned to home.

After searching her at various places, family members found her dead in a pool of blood in an agricultural land near the house late on yesterday night.

On receiving a complaint at Balangir Town Police Station, the police recovered the body at around 1 am and sent it to the Bhima Bhoi Medical College & Hospital.

A scientific team visited the crime scene today morning for investigation into the incident. A case in this regard has been registered under section 302 of IPC, police said.

The prima facie suggested that the woman was murdered after being raped as liquor bottles were found at the crime site and body has multiple injury marks.

It is suspected that a few people in inebriated state might have raped the woman and killed her brutally.

The Balangir Town Police has initiated investigation into the murder case.

Sources said that the woman was staying with her family after being abandoned by husband for past 15 years.

Police said that the woman is a resident of Belpada area. She had been staying at a government abandoned house for last 10-12 years.

The family of deceased suspected involvement of one person of that locality behind alleged murder of the woman.

“One person namely Dhruva was frequently visiting our house. He might have been behind the murder,” said deceased woman’s son Hanubaba Patel alleging that his mother was murdered.