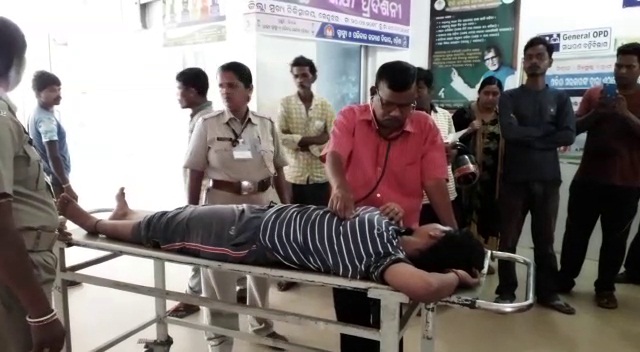 Keonjhar: A day after a young man died and two others were critical during police recruitment test in Cuttack, a similar incident was reported from Keonjhar district where a woman candidate fainted during police constable interview.

The woman candidate identified as Damayanti Behera from Jangira village under Pandipada police limits fell unconscious during physical test for police constable interview conducted at a stadium in Keonjhar district this morning.

The Town Police admitted the woman candidate to the district headquarters hospital for treatment following the incident.

However, she is stated to be in good condition.

The report came just a day after one candidate died and two others fell ill during physical test for the recruitment of constable in Indian Reserve Battalion under Odisha Police yesterday at the Odisha Swift Action Force (OSAP) Seventh Battalion Ground in Cuttack.

The deceased Suresh Pradhan, a native of Narsinghpur of Cuttack had fallen ill while running the 1600 meters as part of test. He was immediately rushed to the SCB Medical College and Hospital, where he was declared dead.

Two other candidates, who had also taken ill during the test, are now being treated at the SCB Medical.

Odisha Plus II syllabus revised, updates to be available on website soon