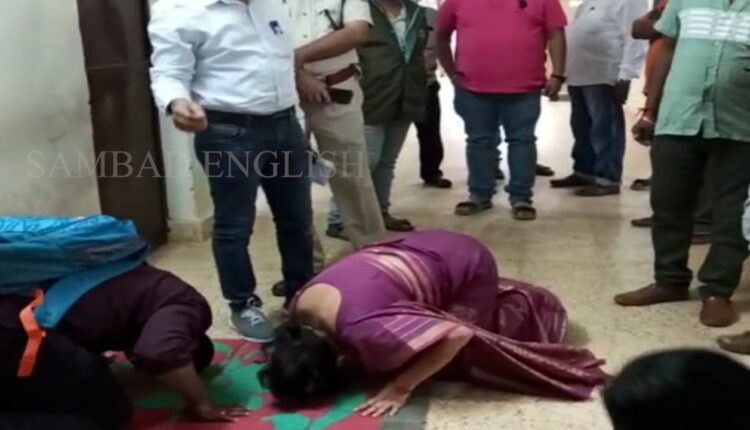 Nabarangpur: Many visitors at the Nabarangpur District Headquarters Hospital were intrigued by Chief District Medical Officer (CDMO), Dr Shobharani Mishra’s prostrate before another Doctor, who was staging dharna in front of her office chamber today.

The CDMO went down on her knees and apologised to Dr Sachikant Lenka, who was staging protest opposing alleged misbehavior and mental torture by Mishra.

Lenka, who has been working at the Tentulikhunti Community Health Centre, also wanted the CDMO to resolve the issues concerning him.

He has been working at the Tentulikhunti CHC since 2016. As he suffered from dengue in November 2019, he remained on leave for one month. The earned leaves (ELs) for the leave period is yet to be sanctioned due to which the increment in salary could not be given to him. Besides, the KBK allowance for doctors as per the provision of the State government has not been given, he pointed out.

Lenka further said he is yet to be allotted a quarters on the premises of the Nabarangpur District Headquarters Hospital even working for so long.

As Lenka has some issues with the Tentulikhunti CHC Medical Officer, he has been sent on deputation to other hospitals with an intention to trouble him, the doctor alleged.

To apprise the CDMO about the problems, Lenka visited her office last Monday. But, instead addressing the issues of Lenka, the CDMO asked him to inform the higher-ups and asked to leave her office chamber.

Lenka also alleged he overheard the CDMO drawing an analogy between him and a dog in front of other employees of the hospital.

The Tentulikhunti CHC doctor told media persons in order to let the authorities address the issues and lodge a protest before them over the mental torture by the CDMO, he sat on a strike in front of Mishra’s chamber. 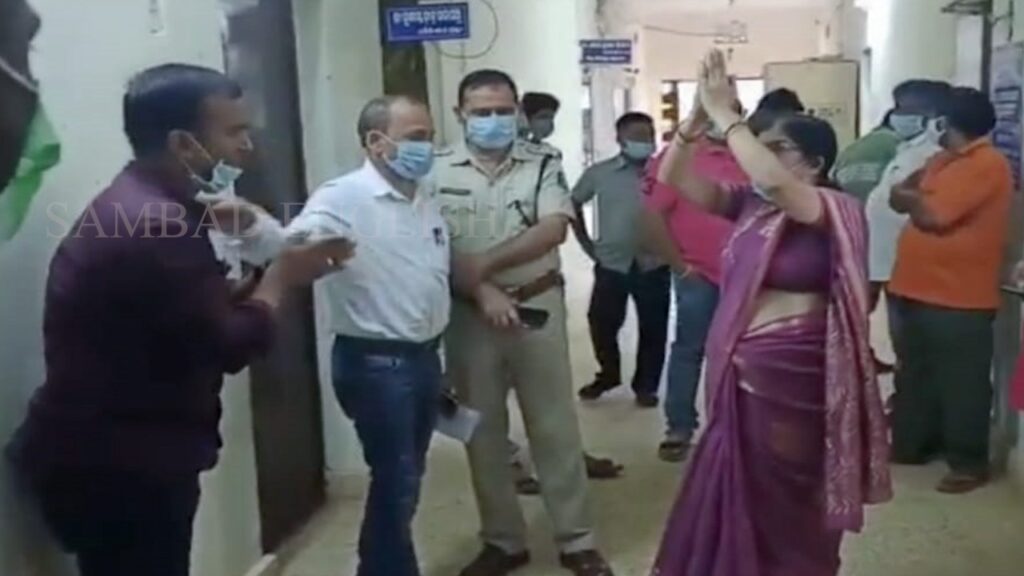 Later the Additional Collector reached the hospital as per the directive of the District Collector, who was on visit to other areas.

The Additional Collector held talks with Lenka and the CDMO to sort out the matter. In the meantime, the CDMO went down on her knees and apologized to Lenka as well as the BJP leaders. Onlookers at the hospital were quite amused with the high drama.

After he Additional Collectors assured Lenka to put up the issues before the Collector, he withdrew the dharna.