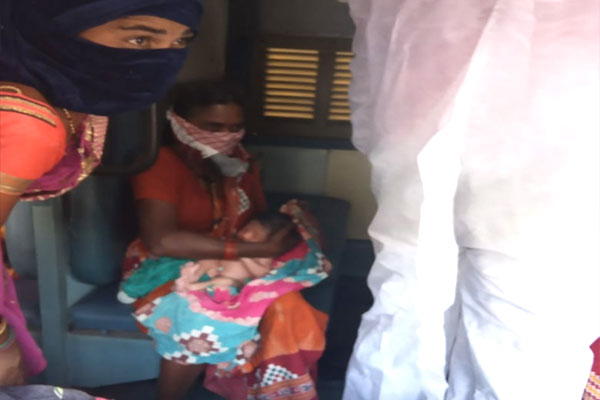 Balangir:  Another new life was welcomed in a Shramik Special Train after a woman passenger, who was stranded in Telengana, gave birth to a baby boy this morning.

Sources said a 19-year-old Meena Kumbhar from Thodibahal village under Belpara Tehsil of Balangir delivered the baby on board a Shramik Special train that was running from Telengana’s Lingampali to Balangir. The train reportedly arrived at Titilagarh at 5:40 am.

After a thorough checkup at a railway health unit in Titilagarh, doctors declared both the mother and her newborn healthy. Later, on the direction of Assistant Divisional Medical Officer (ADMO), both of them were shifted to Sub-Divisional Hospital at Titilagarh through Janani ambulance service.

It is pertinent to mention here that this is the third delivery case in a Shramik Special Train under the jurisdiction of East Coast Railway (ECoR) as well as in Odisha and the 37th case in the tally of Indian Railways amid the COVID-19 situation.