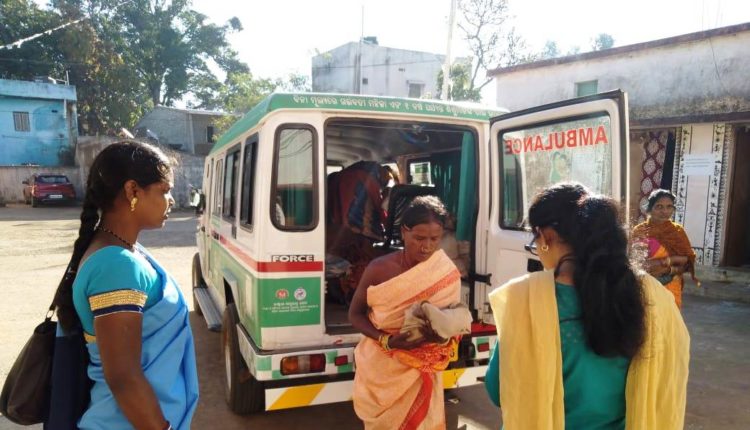 Rayagada: Though the state Government is claiming to have taken care of expectant mothers through its Mamata scheme, poor road infrastructure on the other hand seems have risked lives of many in the recent past.

In one such fresh instance, a pregnant woman of Adajala village under Kodipari Panchayat in Rayagada district was carried on a stretcher for around three kilometres after the ambulance that was called in could not reached her due to non-motorable road. Midway, the woman who was in severe labour pain delivered twin babies- a boy and a girl- on a riverside.  However, the baby girl could not survive due to absence of postpartum care.

Later, the woman name Phagudei Mjahi was rushed to Tikiri hospital in an ambulance as she was profusely bleeding after the delivery. A two-member team was later engaged for treatment of the mother and her newborn son. Condition of the two is stated to be stable.