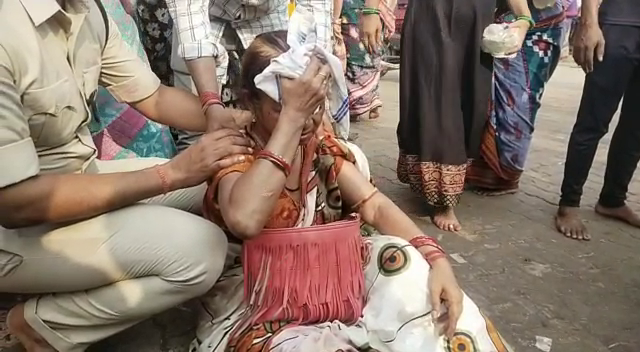 Puri: A woman devotee sustained injuries and was hospitalised after allegedly being thrashed by a police personnel at the Shree Jagannath Temple in Odisha’s Puri, today.

According to reports, Madhuri Das (65) of Berhampur had gone to the temple this morning, during which a heated exchange of words ensued between her and Prashant Dalai, the accused police personnel.

The matter turned ugly as Dalai allegedly beat her. She sustained injuries on her head and was taken to the District Headquarters Hospital here for treatment.

“The matter will be probed to ascertain the circumstances that led to the incident. The condition of the woman is currently stable,” the SP said.