Woman dies after being administered wrong injection in Odisha 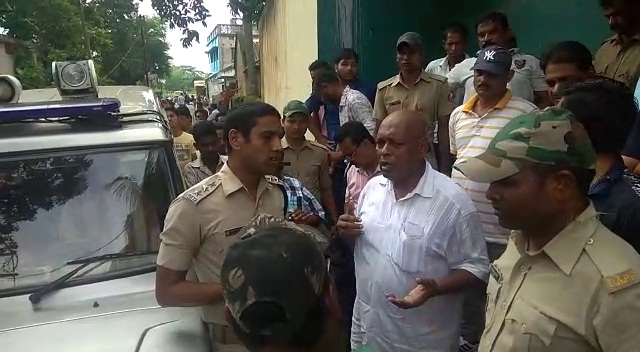 Kendrapara: A woman died after allegedly being administered wrong injection prescribed by the doctor here in the district today.

The deceased was identified as Taskina Farheen, 20, wife of Ramjan Bux.

Following the incident, irate family members and locals ransacked articles at the doctor’s residence. In view of the situation, police forces were deployed at the doctor’s house.

According to reports, Taskina was rushed to a clinic run by Dr Kulamani Baral at Medical Road in Kendrapara after she complained of vomiting this morning. She was administered an injection following which she fell unconscious and the doctor suggested the family members of the patient to take her home. She died when she reached home.

“The doctor asked us to conduct blood test of the patient at pathology and later asked us to bring an injection from a particular medicine store. After she was administered the injection, she passed away,” said the deceased’s father-in-law Khadim Bux.

“The doctor should be arrested and his license should be cancelled or else he gives me back my 20-year-old daughter-in-law,” he told the reporters.