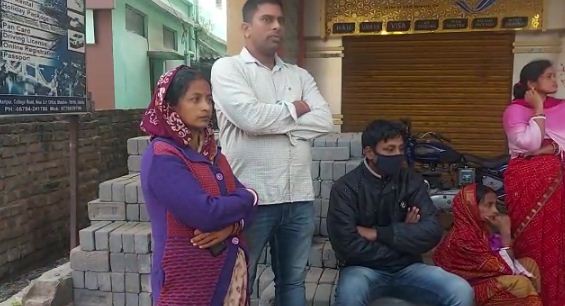 Bhadrak: A woman died two days after giving birth to a baby at a private hospital in Odisha’s Bhadrak town while her family members have alleged that medical negligence led to the death.

According to reports, the woman namely Archana of Kohla area under Tihidi police limits was admitted to the hospital and she gave birth to a baby girl on December 8.

Following the delivery, her health condition deteriorated while she breathed her last at the hospital today. Her kin lodged a complaint with Bhadrak Town police alleging negligence on the part of the doctors and hospital staffers during her treatment.