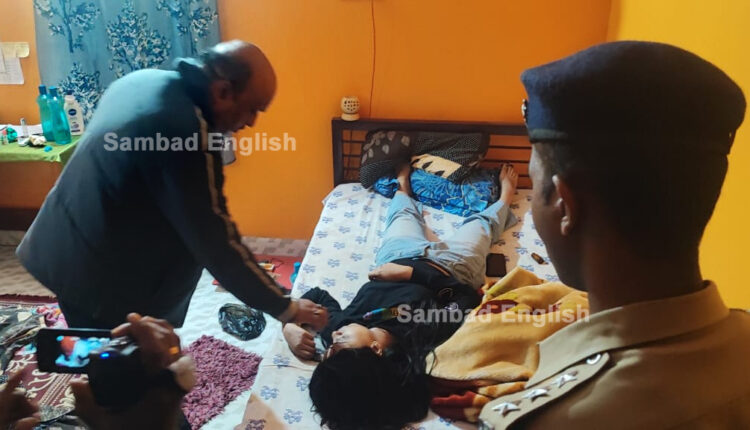 Joda: The body of a woman doctor was recovered tonight from her rented house located at Baneikala slum of Ward No-2 under Joda police and this civic limits in Keonjhar district.

The deceased medico was identified as Subhashree Kar and she was working in the local Urban Primary Health Center (UPHC) here.

According to a senior official in Joda police station, Subhashree belonged to Cuttack district and had been staying in the house owned by Joda block chairperson Kabindra Naik. Police were informed when Subhashree did not respond to knocks earlier in the evening and her body was recovered after breaking open the door to find her dead under mysterious circumstances.

A source said that Subhashree had returned to her room after celebrating New Year’s Day along with some of her friends. Her domestic help and neighbours informed the police as she did not open the door for quite a long time.

The medico was lying on her bed when she was found dead. Later, she was rushed to Tata Steel hospital in the town where doctors declared her ‘brought dead’.

Joda police have registered an unnatural death (U/d) case in this connection and launched a probe, which is underway. The reason behind Subhashree’s untimely death can be ascertained only after a post-mortem report comes in, the senior police official said.