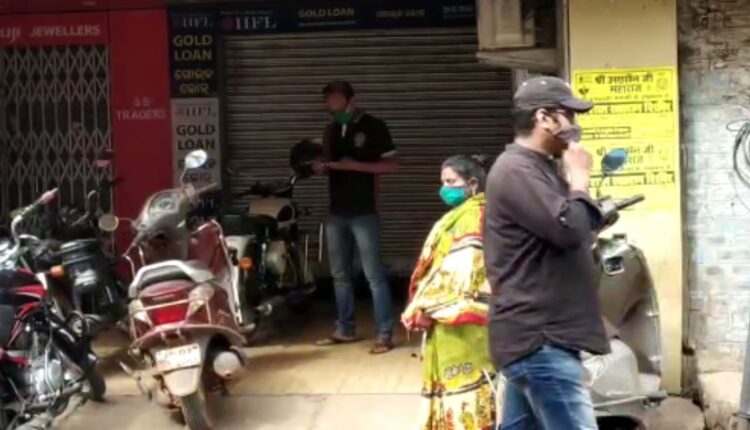 Based on a complaint lodged by Tapas Ranjan Swain, Territory manager of IIFL, the police launched an investigation into the loot case. During the course of investigation it is ascertained that Lala Amrut Sagar Ray, who is working in IIFL since 2011 as gold appraiser has misappropriated the mortgage gold of general public and put some gold in Manapuram Gold Pledgy Company. He had taken loan against the investment in Manapuram Gold Pledgy Company for his personal gain.

Also Lala Amrut sold some gold in the market. As the misappropriation became huge and he was not in a position to manage in the audit, Lala Amrut made a plan in connivance with Ranjan Kumar Behera who is a religious ideal of accused.

As per their plan on November 19 at about 9.58 AM the accused committed dacoity by showing a toy gun which was arranged by Lala.

Out of the seven accused, two persons namely Lala Amrut and Nilima were working as Gold Appraiser and Branch Manager.

Substantial amount of Gold articles, cash, involved Motor Cycles, Audi Car, wearing apparels of the accused persons and other incriminating materials were seized. Investigation is continuing and the recovery process is on. The accused persons misappropriated the public properties such as gold and cash by taking advantages of their post. They purchased imported cars and maintained high life style, a police official said.