Woman escapes jaws of crocodile in Odisha after struggle 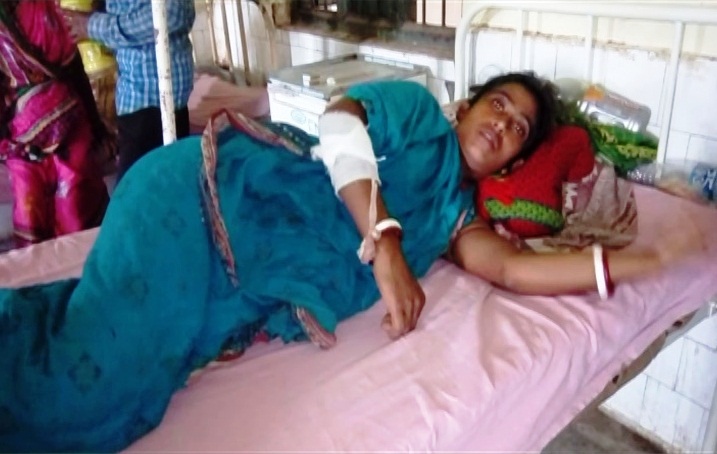 Kendrapara: A woman in Odisha’s Kendrapara district defied death after she came out victorious in the struggle with a crocodile yesterday afternoon.

The brave woman in her late 30s identified as Bhabani Mandal fought off the massive reptile in the deep waters last afternoon.

Bhabani had gone for cattle herding at around 2 pm when the waiting beast pounced on her. The incident took place along Baunsagada river here.

The terrified woman raised an alarm, but in vain. Realising no help in sight, she fought her own battle with little hope of survival.

“I was going along when the crocodile attacked me. The crocodile dragged me into the water and I cried for help. There was no one to rush immediately to me to bail me out of danger. I fought with the crocodile, at the same time prayed to god. After struggling for quite some time, the crocodile relented,” Bhabani Mandal said.

The 8-feet crocodile vanished in the deep waters as locals rushed to the spot and pulled her to safety.

The woman was rushed to District Headquarters Hospital (DHH) for treatment as she sustained deep injuries on her right hand and back. The condition of the woman is said to be ‘out of danger’.

The victim is a resident of Debanarayanpur village under Rajnagar block in the district.

‘B-schools should produce leaders, not managers’