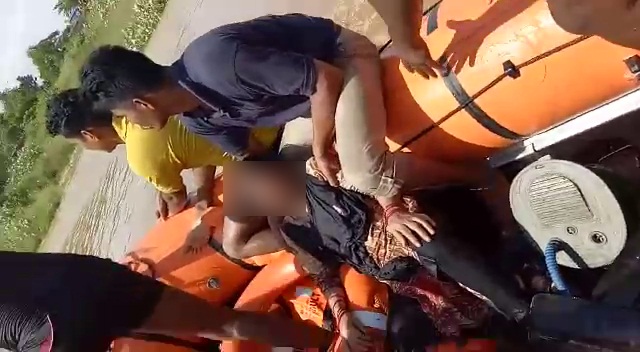 Bhubaneswar: A woman, who had jumped into Kuakhai River, was rescued by the fire services officials here today.

The woman identified as Sumitra Das, a local in Behera Sahi area under Nayapalli police limits, was rescued from the river near Tanka Pani Road. She was rushed to the Capital Hospital for treatment.

She had attempted suicide by jumping into the river from a bridge at Hanspal area, on outskirt of Bhubaneswar, this afternoon.

The fire services personnel had launched rescue operation after receiving information from the locals.

However, the cause behind her taking the extreme step is yet to be ascertained.

Drain encroachers to be evicted for water evacuation in Odisha capital