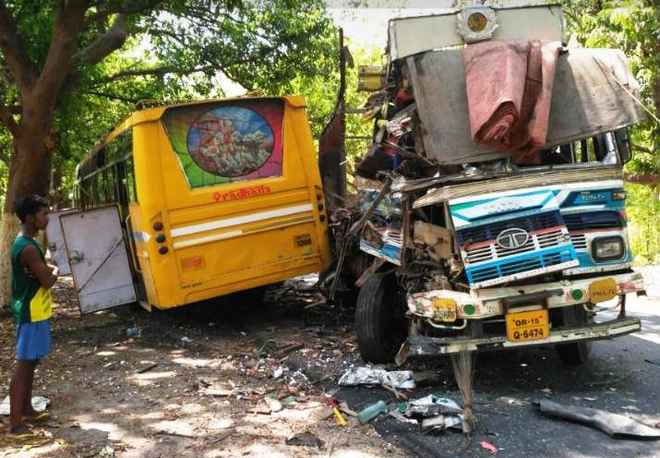 A woman was killed and 20 persons sustained injuries as a bus in which they were travelling collided head-on with a truck near Hindol under Charamal police limits in Odisha’s Sambalpur district today.

The injured have been admitted to Rairakhol hospital while condition of five of them is stated to be critical.

The ill-fated bus was on the way to Angul from Sambalpur when the mishap took place.