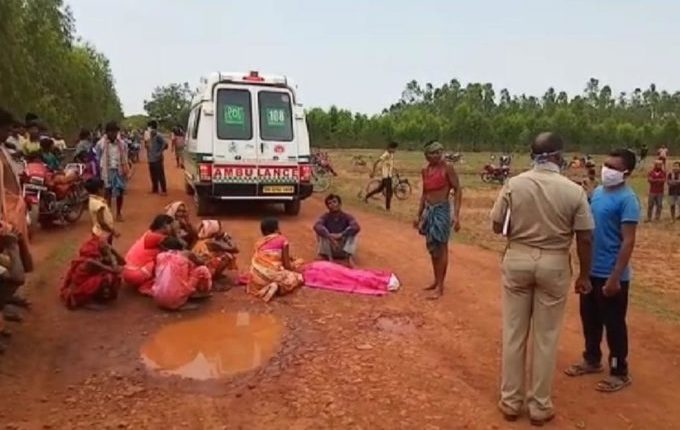 Nabarangpur: A woman was killed and husband injured in a head-on collision between a motorcycle and stone laden truck in Kosagumuda of Nabarangpur district today.

As per reports, the deceased, identified as Jasha Bhatra (35) of Ukiapalli village and husband Madhab Bhatra were returning home on a motorcycle from Kotpad. In the meantime, a stone laden truck from opposite direction hit the motorcycle of the couple at a place under Kosagumuda police limits.

The woman who was riding the pillion fell down from the motorcycle and died on the spot whereas her husband sustained grievous injuries. Following the incident, the truck driver fled the spot.

Demanding compensation for the family of the deceased, the locals staged a road blockade by placing the body.

After receiving information, the local Tahsildar and police officials reached the spot and pacified the agitating locals. Later the road blockade was withdrawn.