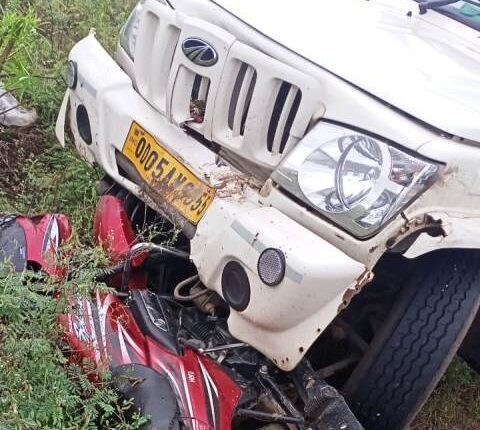 Balasore: A woman died while her husband and 2-year-old daughter sustained critical injuries as the motorcycle on which the three were travelling was hit by a pickup van on NH-60 in Jaleswar area of Odisha’s Balasore district today.

According to reports, Ashwini Kumar Samal (36) of Aruha village was travelling to Nangada Sahi with his wife Mamata (32) and daughter on a motorcycle after the death of one of his relatives.

A pickup van hit the two-wheeler from rear around 10.30 AM killing the woman on the spot and injuring the father-daughter duo grievously. The driver of the van fled the spot after the road mishap.

Locals rescued Ashwini and his daughter and admitted them to Jaleswar Hospital. The two were later shifted to the Balasore District Headquarters Hospital.

Jaleswar police have recovered the body for post-mortem and started an investigation.