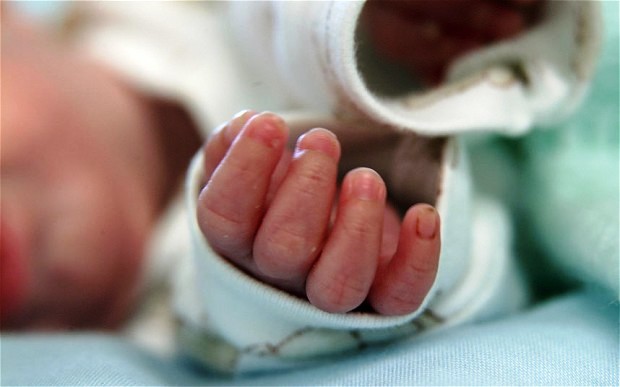 In a gruesome incident, a tribal woman in Telangana killed her newborn girl child by feeding milk laced with pesticides as her husband had threatened to divorce her if she delivered another daughter.

Police in Nalgonda district arrested Nagamani and her husband Ramavath Jayaram after the incident came to light on Monday.

The woman, resident of Padmavathi, a tribal hamlet in Devarakonda block of Nalgonda district, had delivered the girl child early this month.

The child died at Devarakonda Area Hospital on February 9, after battling for life for four days.

Police took up the investigations after the doctors grew suspicious about the cause of the death. The investigations revealed that the woman killed the child as her husband had threatened to divorce her and marry another woman if she delivered another girl child.

This was the couple’s third daughter. While the eldest daughter is five years old and is in the care of her paternal grandparents, the second child died after birth. (IANS)