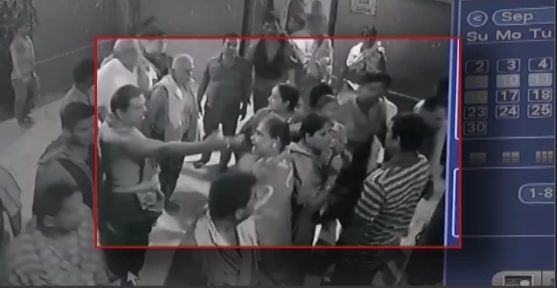 Puri: In a shocking turn of event, a woman devotee was  allegedly manhandled by a few servitors for not offering donation at the Kakatpur Mangala temple in Puri district yesterday. The whole incident was recorded on CCTV cameras installed inside the temple.

Sources said families of two constables had come from Puri to take darshan of goddess Mangala yesterday. A few servitors grilled them about their whereabouts near Jagamohan inside the temple. The two families and the servitors later had a heated argument over donation.

In the meantime, some servitors allegedly manhandled with a woman member of the two families. Later, the woman lodged a complaint at Kakatpur police station, following which the police arrested three servitors and forwarded him to court.

On the other hand, resentment grew among the servitors, who alleged that the cops did not take any action against the devotee though a complaint was lodged on behalf of the servitors.

Protesting the arrest, the servitors have decided not to cooperate with devotees visiting the temple today.