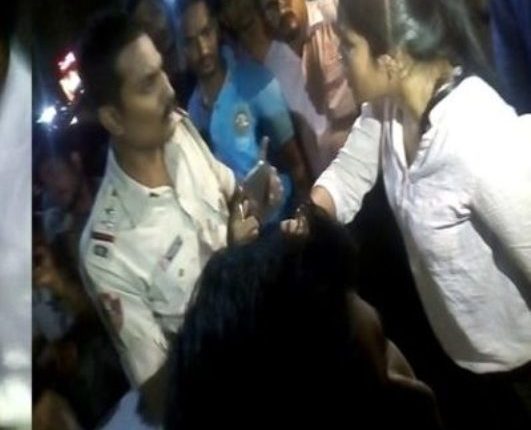 According to reports, the woman was stopped by cops during checking of vehicles while she was travelling with a youth on a motorcycle in front of Rama Devi Women’s University here.

The woman then started arguing with policemen and asked a constable to produce his identity card saying that he has no authority to check vehicles.

The incident later turned ugly as as the woman hold the collar of the constable’s uniform and manhandled him.

Senior police officials intervened in the matter and she was taken to the Saheed Nagar police station, where she reportedly apologised for her behaviour.