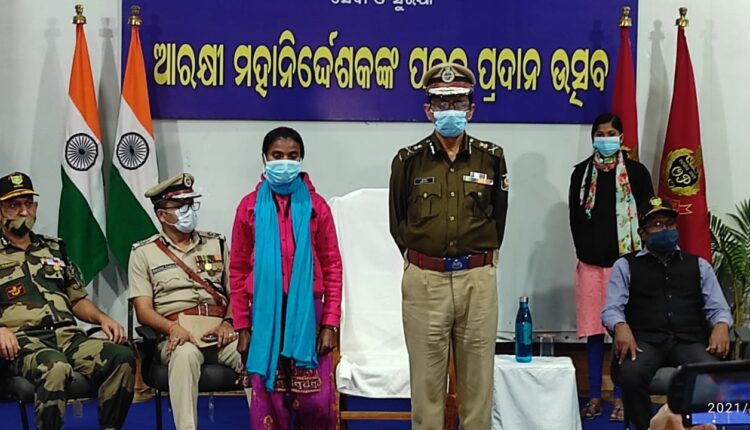 Koraput: A woman Maoist carrying a cash reward of Rs 4 lakh on her head surrendered before Odisha DGP Abhay today during the top cop’s visit to Koraput district.

The Maoist has been identified as Phulbati Ushendi of Chhattisgarh. She had joined the organisation in 2008 and working as the ACM of Khadag Area Committee in KKBN division.

The Maoists had assigned her the task of treating the injured and ill members.

It is suspected that she was involved in incidents of violence by the extremists during the 2019 General Elections.

Proactive surrender and rehabilitation policy of the Odisha Government influenced her to leave the path of violence and join the mainstream, police sources said.

Increase in anti-Maoist operation in interior areas of Kandhamal district also contributed to her surrender. Regular movement of Maoists in the tough, tedious and irregular terrain of forest in Kandhamal district discouraged her to remain in the party, police sources added.

She will get monetary assistance as per the Surrender and Rehabilitation Scheme of the Government of Odisha. She will also get financial assistance for building house, pursuing studies and getting training in a trade/ vocation of her will.

Either connect with families or give up prize money: Salman Khan tells ‘Bigg Boss 15’ inmates