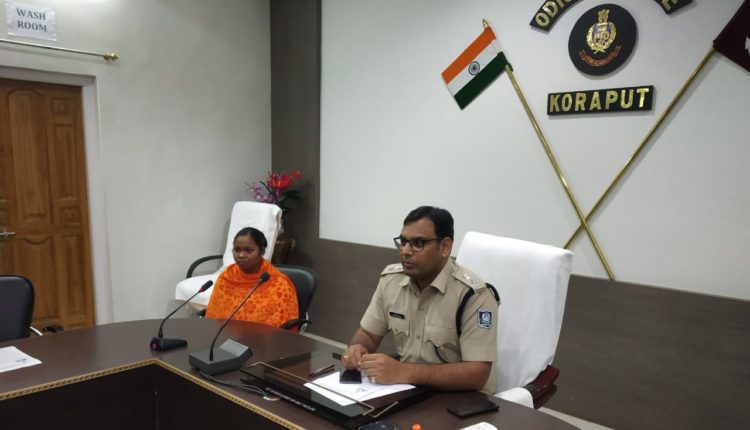 Sources said Ulaka was a member of Andhra Odisha Border Special Zonal Committee of of CPI (Maoist) was active in Narayanpatna area. She was wanted by police for involvement in various crimes, including murder of civilian/police personnel.

Ulaka was inducted into the CPI (Maoist) organization in December, 2010 . Today, she shunned the path of violence and surrendered before Koraput SP Mukesh Kumar Bhamoo citing that she is disappointed with the anti-development attitude of the party, indiscriminate and unjustified violence. She was also not happy with Maoist leaders’ behavior towards women cadre as they are subjected to continuous physical and mental harassment and often left neglected. She also got disillusioned with the party leaders after realizing that they are doing nothing for development of the downtrodden people in the society.

Police said she would be rehabilitated under the state Government’s Maoist Surrender and Rehabilitation policy. She will get monetary assistance for building house, pursuing studies and getting training in a trade/vocation of her will, said the SP at a presser today.