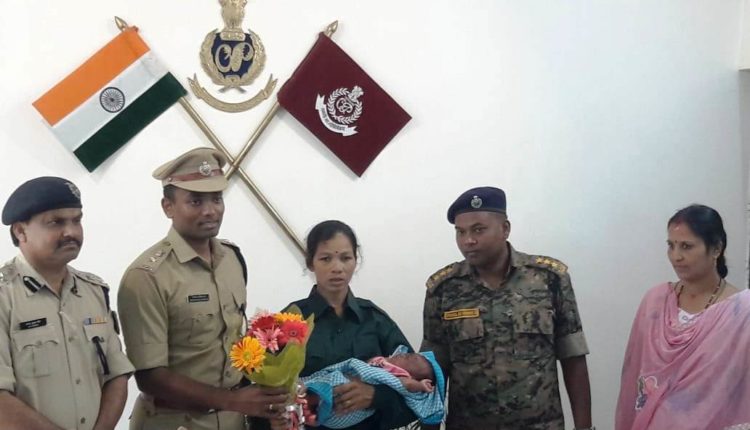 Rayagada: A woman Maoist, who was carrying a cash reward of Rs 1 lakh on her head, surrendered before police along with her 2-month-old daughter in Rayagada district today.

Twenty seven-year-old Maoist Parvati alias Rinki, a resident of Bijapur area of Chhattisgarh, was a member of outlawed CPI (Maoist). She was also a member of Indravati Dalam and Ghumsara Dalam of Bansadhara-Ghumsara-Nagavali Division of CPI (Maoist).

In her statement, Rinki alleged the ultras abandoned her in forest when she became pregnant. The woman Maoist further said that she chose to break her eight-year-long association with naxalisim after she realized that the rebels neither do anything good for tribals nor for their own comrades. Besides, she alleged gender discrimination by the ultras.

Police said the woman Maoist was involved the killing of two civilians and a DVF Jawan in Kalahandi and Rayagada districts in 2018 and 2019. She was also involved in three firings in Rayagada and another in Kalahandi district between 2013 and 2019.