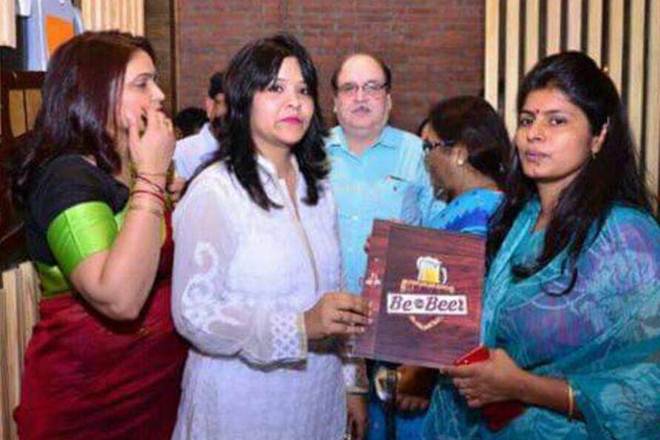 Uttar Pradesh Chief Minister Yogi Adityanath on Monday evening sought an explanation from a woman minister in his government after her pictures inaugurating a beer bar in the state capital went viral in the social media.

Pictures show Minister of State for Women Welfare Swati Singh — accompanied by two senior IPS officers Gaurav Pandey (SSP, Rae Bareli) and his wife Neha Pandey (SP, Unnao) — inaugurating the beer bar by the name of ‘Be the Beer’ in Gomtinagar on Saturday.

The political circles were taken by surprise, as that there has been no such precedence and that the bar she inaugurated does not even have a valid licence so far.

Swati Singh is a new entrant to politics and came into the limelight last year after she launched a blistering campaign against BSP chief Mayawati, who in retaliation to her husband Daya Shankar Singh’s objectionable remarks made similar comments about Swati and her daughter.

She won from the Sarojini Nagar assembly constituency in Lucknow and went on to become a minister.

Explanation has also been sought from the IPS couple as to how they left headquarters without the permission of their reporting authorities. Both officers were marked present on duty when they were attending the bar inauguration.

While BJP spokespersons refused to comment on the matter, some even saying they were not aware of it, opposition parties have blasted the minister for her conduct.

Ajay Kumar Lallu, the Leader of the Congress Legislature Party in the state assembly, said the incident had further exposed the “double character of the BJP leaders”.