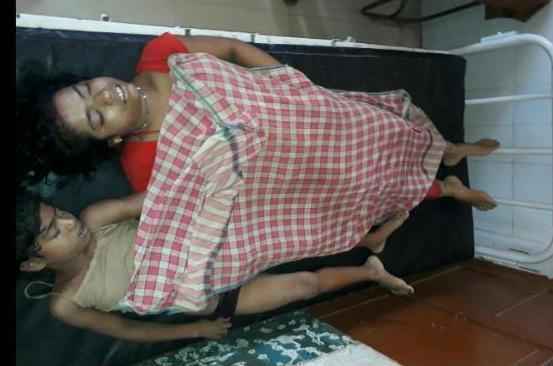 In a tragic incident, a woman and her eight-year-old niece were drowned while taking bath in a pond in Khutuguda village under Umerkote police limits in Odisha’s Nabarangpur district today.

The deceased have been identified as Rakhi Biswas and Mandira Biswas.

According to reports, eight-year-old Mandira Biswas of UB-13 village under Umerkote police limits was on a visit to her uncle’s place in Khutuguda village to spend her summer vacation.

Today in the morning Mandira had accompanied her aunt Rakhi to the village pond for bathing. While Rakhi was taking her bath, it suddenly came to her notice that little Mandira had entered the pond and was drowning. Rakhi tried to save her niece from getting drowned but in vain rather got drowned herself.

On the other hand, as the aunt-niece duo didn’t return home for quite long, family members who were searching for them found the duo’s clothes lying on the banks of the pond.

Villagers who rescued them from the pond took them to Umerkote Community Health Centre (CHC) where attending doctors declared them brought dead.

Odisha: YouTube classes for students of Std 1 to 8 from January 27