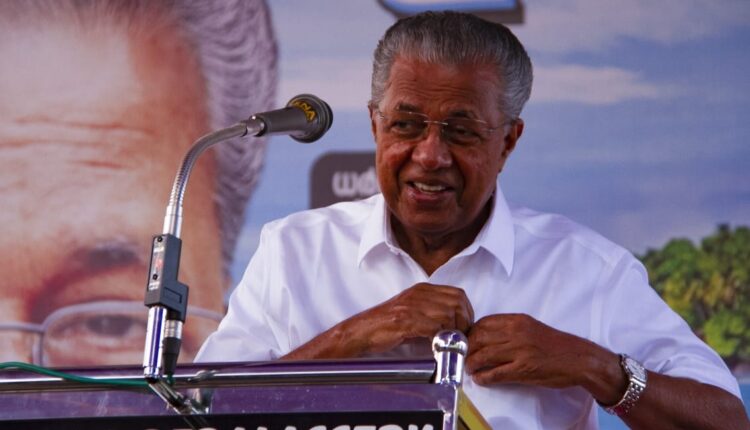 Thiruvananthapuram: Kerala Chief Minister Pinarayi Vijayan on Tuesday suffered a jolt after a mother seeking justice for her two daughters whose bodies were discovered after being sexually abused announced she would contest against him from the Dharmadom constituency in Kannur.

The Congress-led UDF has in principle decided to support the mother in her fight for justice, said State Congress president Mullapally Ramachandran.

Speaking to the media at her hometown, the mother said she will fight as as an independent candidate. It is a symbolic fight for justice as she is still searching for justice for her two daughters, she said.

“Many people have been asking me to do so and I decided to take up the challenge and will contest as an independent candidate against the Chief Minister. I want two errant police officials to be removed from service. But in the election, I will not seek the support of the Sangh Parivar forces,” said the mother.

For the past few months, the mother, along with her supporters has been on a protest demanding justice for her two daughters in front of their house and protesting on social media with the hash tag, “from the day of court verdict to the day of betrayal”.

It was on October 31st last year that the mother was promised justice by Chief Minister Pinarayi Vijayan, but nothing happened and the police office who probed the case was instead promoted.

The case surfaced in January 2017, when a 11 year old girl’s body was found by her nine-year-old sister in her house near Walayar.

Two months later, in similar circumstances, the younger girl child was found dead in her home.

Though the police arrested five people under the charge of abetment of suicide and rape, the accused was let off by a court in Palakkad district for want of evidence.

“We will have no qualms to offer her all our support and for that , we will take up this to be discussed with our allies,” said Ramachandran.

CM Vijayan on Monday filed his nomination papers from his home constituency, which he won in the 2016 assembly polls with a margin of over 30,000 votes. With the distraught mother seeking justice, deciding to take the fight into the enemy camp, it could be an emotional battle more than a political one.

Sketch of unidentified woman to be widely circulated: Odisha police