Woman shot at after failed snatching bid in Odisha’s Bhadrak 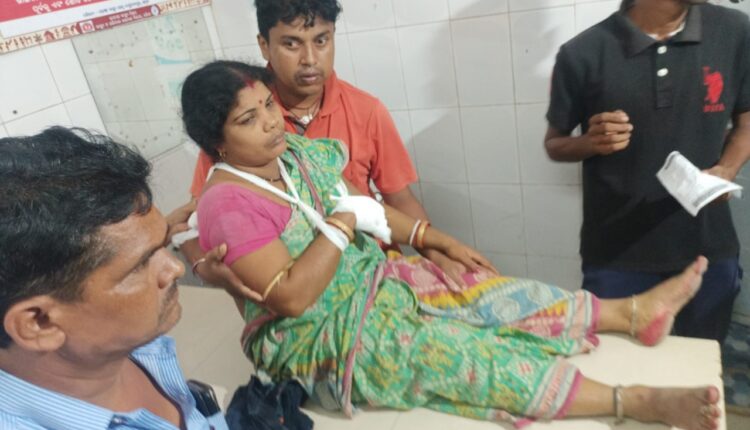 Basudebpur: Some bike-borne miscreants reportedly tried to abduct the six-year-old daughter of a woman after they failed to snatch the latter’s mobile phone in Basudebpur area of Odisha’s Bhadrak district today.

The miscreants also opened fire at Jyotshnrani (40), wife of Prafulla Sahu of Alabaga village, when she tried to protect her daughter. Jyotshnarani sustained bullet injuries on her right hand, sources said.

The incident took place when Jyotshnarani and her daughter were returning home after buying medicine from a drug store at Gagan Babu Square in the evening.

The miscreants tried to snatch Joytshnarani’s mobile after chasing the mother-daughter duo for some distance.

The desperadoes tried to abduct Jyotshnarani’s daughter after they failed to snatch away her mobile phone. They opened fire at Jyotshnarani when she raised an alarm and fled the spot, sources added.

A few locals rescued the injured woman and rushed her to Basudebpur Primary Health Centre (PHC). She was later shifted to the District Headquarters Hospital (DHH).

On being informed, police reached the spot and launched a probe into the incident.