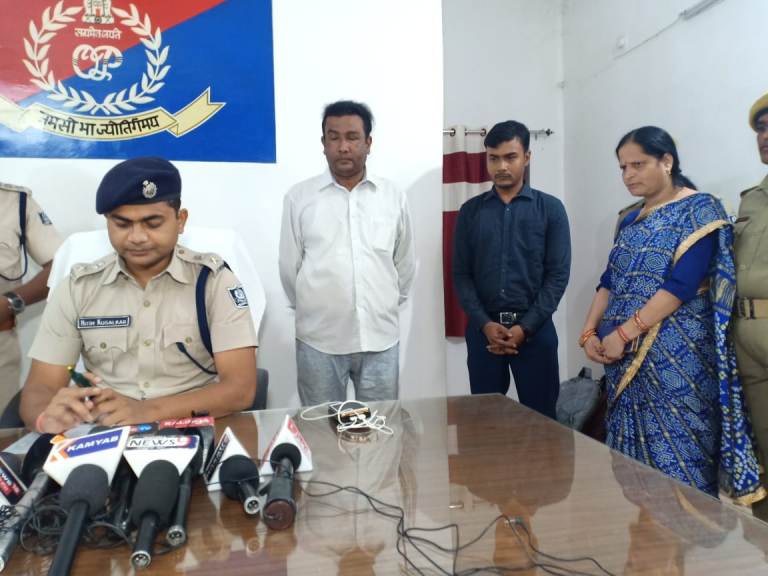 Nabarangpur: The police today arrested three persons including a woman social activist on charges of defrauding job aspirants of lakhs of rupees in Umerkote area of Nabarangpur district.

Reportedly, the arrested persons, Ranjana Verma of Umerkote, husband Asish Kumar Patra and associate Anil Banerjee had set up an organisation namely ‘Manabika Adhikara Committee’ and collecting money from youths from different parts of the State on the pretext of providing them jobs.

To win the trust of people, the trio used to organize awareness camps in rural areas and invite noted personalities, government officials and local media persons as guests. Thereafter, with the help of her husband and the associate, Ranjana was collecting money from job seekers while giving false promises to provide them employment.

Nabarangpur SP Nitin Kusalkar informed that when the duped job aspirants failed to get back their money, they lodged police complaints, following which the trio was held.

It is suspected that hundreds of youths from Keonjhar and Nabarangpur districts have fallen victims to the job fraud, he added.