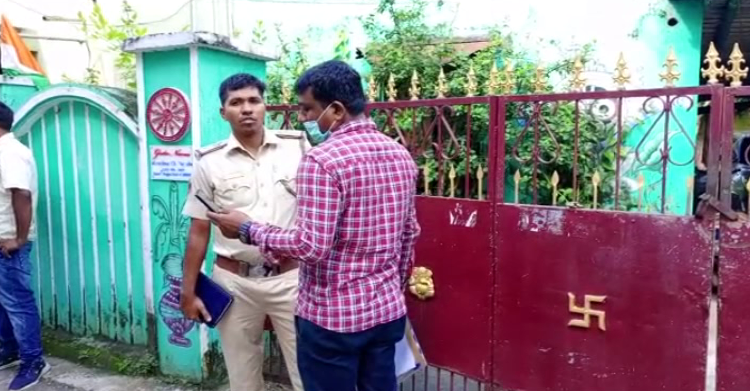 Bhubaneswar: A woman died under mysterious circumstances at her residence here in the capital city.

The deceased woman has been identified as Subhashree Mohapatra, a resident of Shastri Nagar locality in Bhubaneswar.

According to reports, the incident occurred when nobody was present at residence yesterday.

Sources said that the woman’s husband was away from home and her son had gone to a nearby place for tuition. Her son after returning from tuition found her lifeless inside the home on Tuesday evening. Later, he informed his father, who reached home at around 7.30 pm yesterday.

The prima facie suggested that she was strangled to death as a single line mark was found on her neck.

“I found her unconscious with a mark on her neck following which I took her to the Capital Hospital. The doctors said that either she died by suicide or someone strangled her to death,” said deceased woman’s husband Ananta Narayan Nath.

On receiving information, Kharavela Nagar police initiated a probe into the incident.

A scientific team has reached the residence today morning for investigation. Sources said that police have seized mobile phone of the deceased woman to check call details and interrogating neighbours in connection with the case.

Elderly man strangled to death over petty quarrel in…