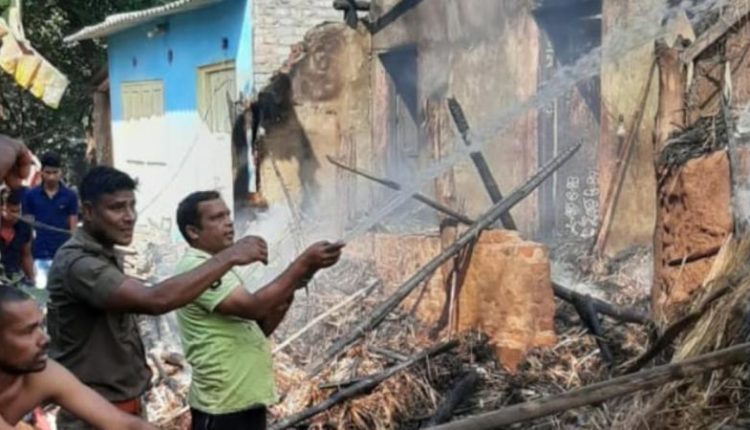 Cuttack: A woman sustained burn injuries in a massive fire reportedly broke out due to leakage in LPG pipe at a village in Odisha’s Cuttack district.

The victim has been identified as Seema Moharana (21), daughter of Surendra Moharana of Balijhari village under Kanpur police limits in Cuttack.

According to reports, the clothes of the woman caught fire due to leakage in LPG pipe while she was cooking inside kitchen following which the fire spread to entire house. She suffered serious burns in the incident.

The victim was taken to Badamba Community Health Centre (CHC) from where she was shifted to the SCB Medical College & Hospital in Cuttack after her condition deteriorated.

On receiving information, the fire services personnel rushed to the site and managed to douse the flames.

Sources said that all the articles and two rooms of the house were completely gutted in the fire. However, the victim’s mother and brother escaped unhurt in the mishap.