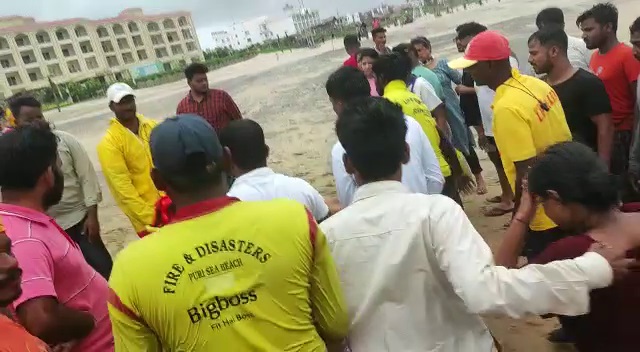 Puri: A woman tourist drowned to death while two others were rescued in critical condition after they were swept away while while taking bath in Puri sea today.

The deceased has been identified as Minakshi Nayak, a resident of Raigarh in Chhattisgarh.

Sources said the three were taking bath in the sea near Digabareni Pillar early this morning when they were swept away by strong water current. Soon after, Lifeguards swung into action and rescued two of them near Blue Flag beach in critical condition. Later, the woman’s body was fished out from the sea.

Meanwhile, an unnatural death case has been registered at Marine Police station here in this connection.