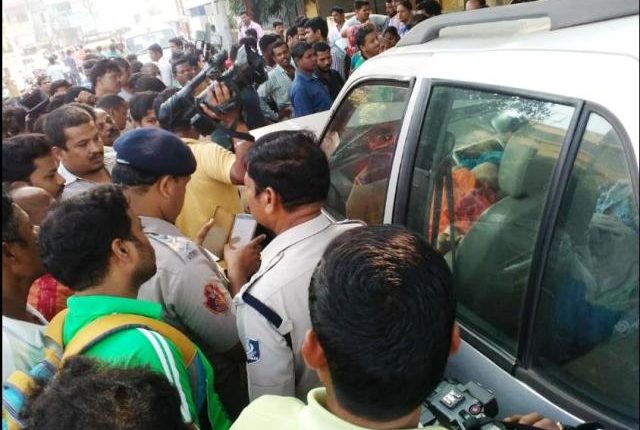 Bhubaneswar: In a significant development in the incident of recovery of a woman’s body from a car in Odisha capital, the deceased’s husband, who had gone absconding, was arrested by the Twin City Commissionerate Police from Kolkata.

The arrested person, identified as Sangram Aich, has been brought on transit remand and is being interrogated by police.

P Tanuja Aich, the deceased woman, was found dead under mysterious circumstances inside a car at Sriram Nagar under Lingaraj police limits in Bhubaneswar on October 1.

“A quarrel erupted between the husband and wife on September 30 night. In a fit of rage, Sangram smothered his wife and hit her head. He then telephoned his female friend and they went to various hospitals on the very night for the injured woman’s treatment,” said Twin City Police Commissioner Satyajit Mohanty.

“After realising that the woman’s condition was critical, he dropped his friend at her place and decided to return home during which his car hit a tipper in Sriram Nagar area. Sangram then left the spot along with his five-year-old son leaving his wife, who had died by that time, inside the car,” Mohanty said.

Tanuja’s family members had alleged that she was murdered and informed the police that her relationship with Sangram was strained. Police had registered a murder case based on a complaint filed by the woman’s kin.

Post-mortem report had stated that Tanuja died due to injury on her head. Furthermore, a CCTV footage had revealed that her husband alighted from the car on the fateful day and left the spot hurriedly.