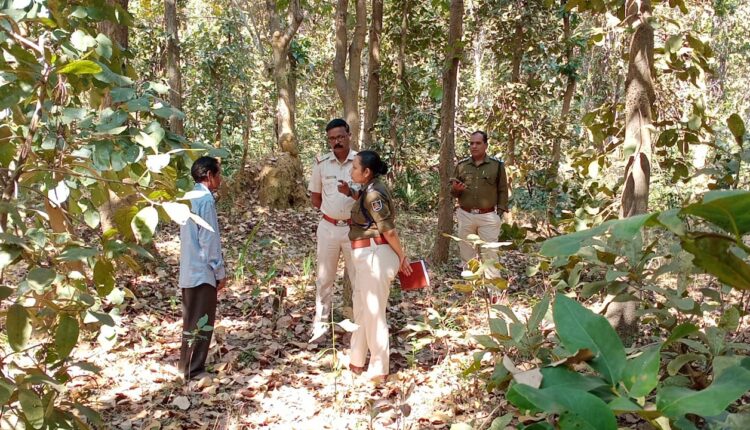 Balangir: Police today recovered half-charred body of a woman in a forest under Saintala police limits in Balangir district.

The deceased woman has been identified as Ratini Rana. She is suspected to have been set on fire over unknown reason.

As per the preliminary investigation, the 55-year-old woman was charred to death inside forest near Dedhel village.

However, the reason behind the gruesome murder is yet to be ascertained.

“I was outside home to bring water. When reached home, she was not there. We searched her everywhere but did not know her whereabout. Today, the police informed us about the half-charred body lying inside the forest,” said Rasik Rana, the deceased woman’s husband.

When asked about family feud in house, he denied it and clarified that there was no conflict.

Following recovery, the Saintala police has sent the body to Titilagarh Sub-Divisional Hospital for post-mortem. The probe is underway to dig out the truth as to why the woman was burnt to death inside the forest.