Women in Odisha adorn trendy nose pins to stand out 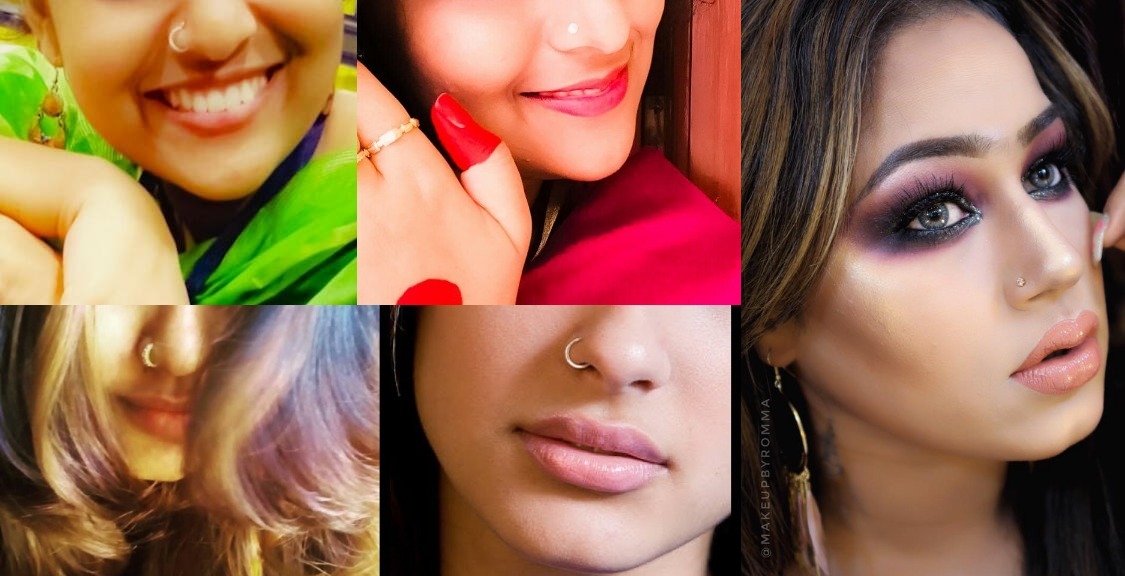 Bhubaneswar: Women’s jewellery box is hardly complete without the smallest but prettiest accessory, nose pin. What makes this so trendy is its adaptability. You can wear it with any dress on any occasion and it’ll still stand out. “Nose pins can brighten your face up. You see, all of a sudden people will focus your face because of this small accessory,” said the 22-year-old Tania, from Odisha capital, who seems to be obsessed with her flat german silver nose pin.

Nose pins have caught the attention of other young girls like her. Ameesha Das, who doesn’t have her nose pierced made DIY nose pin for herself. “Having an innate desire for all accessories and makeup, I wanted to try nose pins out as well. I took out the flower from an old earring and fixed it on a bindi. It was quick and trendy and I love it already,” she said flaunting her beautiful floral nose pin.

Odisha-based designer Swikruti Pradhan also spoke about nose pins in vogue. “Oxy-metal nose pins and sterling silver rings are seen the most these days. Some rings with gold plating and stones work well for Indian attire. Nose pin is an age-old tradition and its ethnicity never fails to amaze,” she opined.

Another nose-pin lover, Subhasmita Hota, wears it regularly. “What I wear is a simple stud. On special occasions, I wear nose rings with stones on them,” she said. Online stores are where most of these girls buy their essential jewellery from, says another youngster Adyasa Mishra, who owns a silver ring nose pin and a stud which has a magnet to stick it to your nose.

“Be a tiny stud or tribal nose ring, this is one piece that goes with everything! It helps sharpen the face taking all the attention to the centre if your jawlines are slightly broad,” said Bhubaneswar-based make up artist Romma who is also quite in love with this accessory.

She believes the approach towards jewellery is quite minimalistic these days. “People want a trendy yet quick accessory. A stylish nose pin serves the purpose anytime!” she added.

German silver nose rings are fast moving jewellery, says Shashi Bhushan Singh, founder of a jewellery manufacturing company, who sell a lot of their products at several retail outlets in Odisha. “Dual tone with silver and golden shades are in demand. Clip-ons and septum nose pins (worn in the centre) are also much in demand,” he said.

It’s not surprising to see such love for nose pins among young girls these days because nose pins have always been an integral part of Odisha’s tradition. Tribal women in Odisha are adorned with more than one nose pins. Bridal make-up is always incomplete with huge nose rings and not to forget the pretty floral nose pins worn by Odissi dancers. Live tradition with style this time!

Prasad to continue as Odisha Cong chief; no change of guard for now