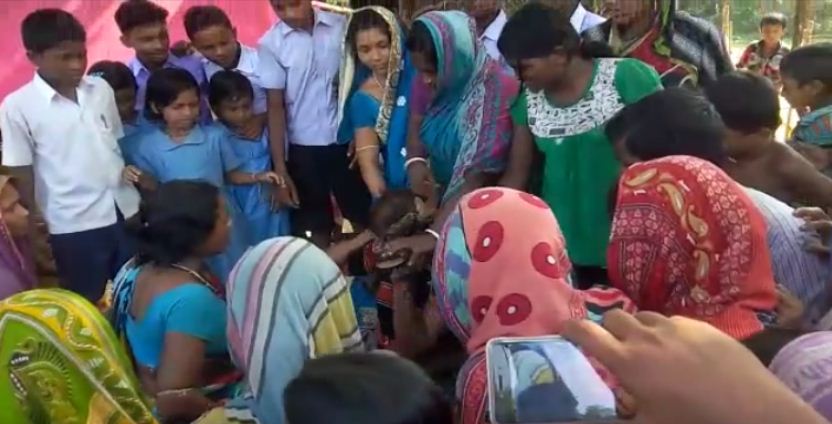 Jagatsinghpur: Protest by women against illegal liquor trading in Odisha seems to be intensifying as several women reportedly assaulted a person at Gadaharishpur under Ersama police limits in Jagatsinghpur district today for his alleged involvement in such business.

According to reports, members of Jhansirani Mahila Mahasangha nabbed the accused, blackened his face and and put shoe garland on him.

He was allegedly thrashed by the women as well.

Many liquor bottles were also recovered from his pond, reports added.

It may be recalled here that a woman was on September 2 thrashed by some women activists with her hands being tied at Gagua Chhak in Kendrapara district for allegedly selling liquor illegally.