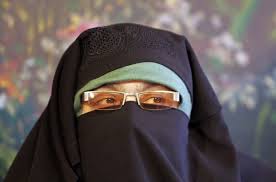 Police sources said Andrabi had gone underground and was orchestrating violence during the ongoing unrest in the Valley.

They said she has been issuing anti-India and pro-freedom statements all along the 88-day-long unrest here, while there are many pending cases in which she is wanted.

Andrabi has been the only top separatist leader who had been evading arrest so far, with all other separatist leaders being placed under detention in the Valley ever since the present cycle of violence started here on July 9. (IANS)