As many as 20 police personnel of various ranks were felicitated in 13 categories at 12th Raising Day Parade of Commissionerate Police today. 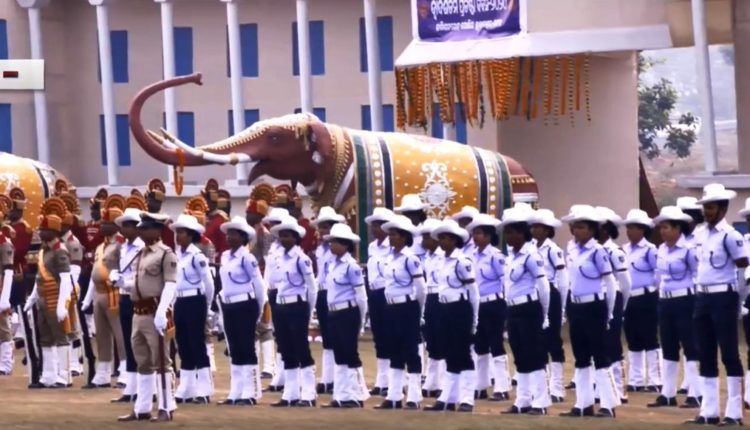 On the occasion of its Raising Day Parade held at OSAP 7 Battalion Ground here, the CP appointed the SPOs, who will have power, privileges and immunities  equivalent to a police personnel. The SPOs have been enrolled from 30 institutions in Bhubaneswar . They were conferred with the power of a police officer for three months in first phase with handing over of appointment letters and T-shirts.  With this, the CP launched  Women Empowerment for Gender Sensitive Policing (WE-GSP ).

“The women SPOs  are directed to create a sense of security among women and girls and society at large. They will assist police in case of eve-teasing and harassment of women in the Twin City.  They will inform police about such incidents for suitable action and and provide necessary assistance to the victims as well,” an official said.

On the occasion, as many as 20 police personnel of various ranks were felicitated in 13 categories. Among the 20 cops, Prana Krushna Rout, posted in Bhubaneswar Urban Police District (UPD) was awarded as Best ACP (Territorial) with cash reward of Rs 4,500. Similarly, Ashok Kumar Panigrahi and Hemanta Kumar Dash, both posted in Bhubaneswar UPD, were adjudged as Best ACP (Armed) and given cash reward of Rs 4,500, each. 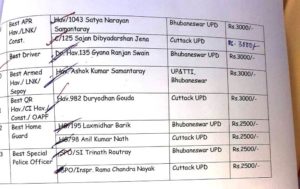 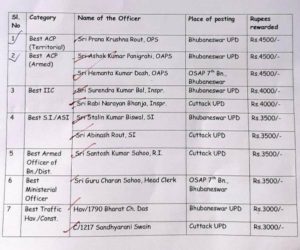 While addressing the event, Police Commissioner Sudhanshu Sarangi announced that the CP building will soon be renamed as Police Seva Bhawan. DGP Abhay said in urban areas, the biggest challenge for police is rapid and coordinated response and efforts have already been initiated in this regard. An Unified Control Room for Bhubaneswar and Cuttack and more PCR vans will be introduced soon.