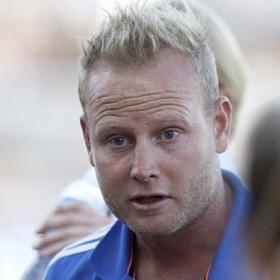 Dutchman Marijne, who will helm the men’s team after his return from the ongoing Europe tour with the women’s team, will fill in the position of Roelant Oltmans, who was sacked last week.

Oltmans was removed by Hockey India (HI) which said that “the current format of coaching was not showing results beyond a certain level”.

The women’s team will play their last match of the four-match European tour on September 18.

Harendra, who didn’t re-apply for the post of junior team coach after his 2016 World Cup success, will join the women’s team. He is a Level III certified coach.

“The expertise and coaching skills of Harendra Singh have been duly recognized by SAI and Hockey India as his appointment was confirmed during the Joint Committee Meeting held at SAI Head Office here on Thursday,” the SAI statement read.

“This decision has been taken jointly by SAI and Hockey India on the basis of recent and past performance of Harendra Singh, wherein due to his coaching techniques, teaching skill and motivational tools led to the victory of the junior men team in the Junior Men World Cup in 2016 at Lucknow.”

The former international player has also shouldered the responsibility as the chief coach of the senior men’s team from 2008 to 2009 and assistant coach from 2009 to 2010.

Marijne previously served as the chief coach of the all-conquering Dutch women’s team which was bested by Britain in the 2016 Olympic final.

Marijne, who has played for the Netherlands, also coached the Dutch Under-21 women’s side to the World Cup title as well as the senior side to the gold medal at the Hockey World League (HWL) Semi Finals in 2015.

Nawazuddin’s memoir to release on October 27