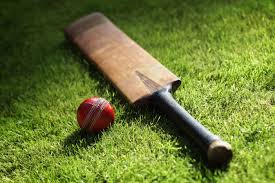 Put in to bat, the Indian eves started off with openers Punam Raut (86) and Smriti Mandhana (90) putting up a 144-run stand in 27 overs. But just when the going seemed good, Mandhana was sent packing by off-spinner Heather Knight. Mandhana, who slammed 11 boundaries and two sixes, was caught at midwicket by Danielle Hazell.

Unperturbed by the fall of her wicket, Raut continued the attack with new batswoman and skipper Mithali Raj (71), and forged a 78-run partnership in 16 overs. But while trying to up the ante, Raut was caught at deep midwicket by Danielle Wyatt off Hazell. Raut’s 134 ball knock was laced with seven boundaries and one six.

With the scoreboard reading 222/2 in 42.3 overs, Raj and Harmanpreet Kaur (24 not out) played sensibly and added 59 runs to post a challenging total. Raj, however, was dismissed by Knight in the last ball of the final over.

Ratha Jatra: The Divine Mega Extravaganza of the Odisha Culture