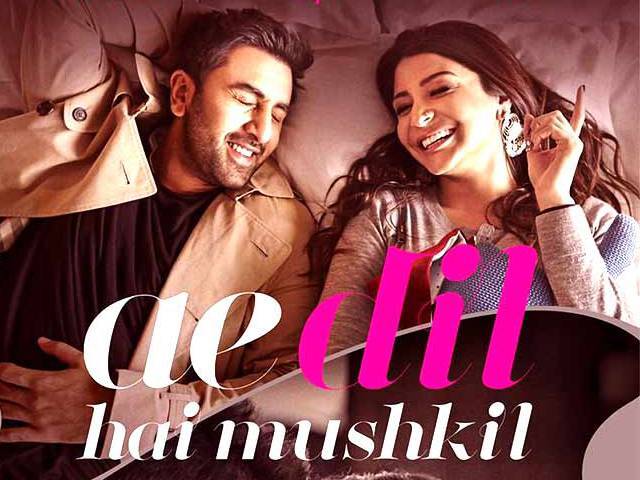 The Cinema Owners and Exhibitors Association of India (COEAI) on Friday announced that movies featuring Pakistani actors — starting with Karan Johar’s forthcoming “Ae Dil Hai Mushkil” — won’t be screened in single screen theatres in Maharashtra, Goa and Gujarat. However, a Home Ministry official has said the government has no problem in issuing visas to Pakistani artistes.

The decision of the COEAI — which has over 400 members — comes two weeks ahead of the release of “Ae Dil Hai Mushkil”, which stars Pakistani actor Fawad Khan. However, multiplexes are yet to take a call on the matter, said sources.

COEAI President Nitin Datar told IANS after a meeting of members: “We have nothing against Karan Johar. It’s just that we won’t allow the release of any film which will have Pakistani actors or technicians in it.”

“We have collectively taken this decision that we won’t showcase such films in our single screens. As of now, we will be following this decision in Maharashtra, Goa and Gujarat,” Datar said and added: “In future, if our (India’s) relationship with Pakistan gets better, we will work towards it. But looking at the current scenario, we have to take this decision.”

This news comes amid India-Pakistan tensions following a terror attack which killed 19 Indian soldiers. The Indian Army then carried out surgical attacks on terrorist launch pads in Pakistani territory.

Given the scenario, and considering how Pakistani artistes refrained from condemning the attack, the Indian Motion Picture Producers Association (IMPPA) had passed a resolution disallowing them from working in Indian films in future.

But it’s not a government diktat.

“Government of India has no problem in giving visa to any Pakistani artiste,” a Home Ministry official told IANS.

“We have no problem in granting visas. If a person applies for visa and he fulfills the conditions, he gets it. It’s not that we don’t have to issue visa to Pakistani nationals,” the source added.

T.P. Aggarwal, President, IMPPA, told IANS: “I don’t agree with this decision taken because the film was ready even before the problem popped up. Due to this decision, the Indian producers will be suffering unnecessarily.”

IMPPA Vice President and filmmaker Ashoke Pandit agreed, and said that the theatre owners, if were scared of people who would try to come and stop the film from being showcased, should have approached the Maharashtra government for police protection.

He said that while COEAI is targeting filmmakers whose movies are ready for release, IMPPA has only asked filmmakers not to work with Pakistani artistes anymore.

Filmmaker Vivek Agnihotri said the “public outrage” over recent incidents between India and Pakistan may have led to COEAI’s decision.

“If only Pakistani actors had given even a small statement condemning the act of killing people, I don’t think people would have been so outraged,” Agnihotri told IANS.

The Maharashtra Navnirman Sena had earlier warned Pakistani actors to quit India and said it would not let movies — including “Ae Dil Hai Mushkil” and “Raees” — to release.

Following that, IMPPA passed its resolution against Pakistani artistes.

In response, Pakistani exhibitors had reportedly decided not to screen Indian films in their cinemas. (IANS)

Blanket ban on Chinese goods not a feasible option: Sitharaman