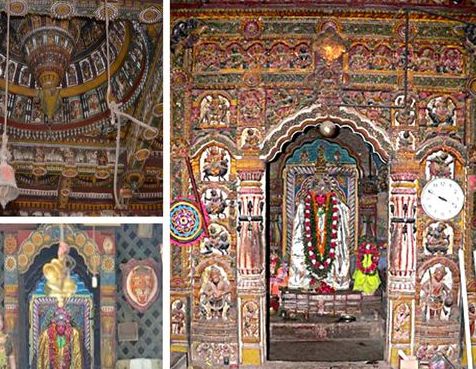 Bhubaneswar: Sun Temple in Konark, a world heritage site, is an architectural marvel and a favourite tourist destination in Odisha. But, one of its siblings, the ‘Wooden Konark’ situated at Buguda in Ganjam district, seem to have been lost in the mists of time.

Read on to know some exciting facts about the ‘Wooden Konark’!

Popular as Biranchi Narayan temple, it is the abode of Lord Viranchinarayan (Sun God).

King Srikara Bhanjadeva of the Bhanja Dynasty built this temple in the year 1777.

Forty-six strong pillars, out of which 32 are small and 14 tall, support the roof of this temple. The ceiling is embellished with intricate wood carvings, beautifing the struts and walls.

Unlike the Sun Temple in Konark, which faces east, Biranchi Narayan temple faces west, hence, rays of the setting sun fall on the Lord’s feet.

An enormous sculpture of Lord Biranchi Narayan is installed in the Mandap (hall) of this temple.

Except for the floor and certain pillars, the entire temple is made of wood.

On the walls of this temple are mural paintings depicting the epics – Mahabharata and Ramayana.

Festivals like Magha Saptami, Samba Dasami, and Danda Yatra are also celebrated here. With time, the wooden sculptures and carvings are losing their artwork and urgently need attention to preserve this treasure trove.