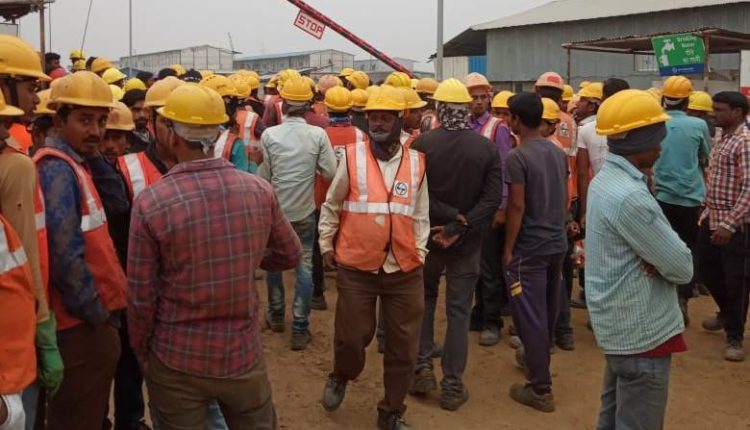 Jajpur: Tension erupted on premises of an under-construction cement plant at Haridaspur area in Jajpur district after a worker sustained injuries during work yesterday.

The workers and other employees engaged at Ramco Cements Ltd staged protest alleging the plant authorities of not providing them updates about health condition of the victim.

According to reports, one of the workers identified as Jitendra Mehta (40) from neighbouring state of Jharkhand met an accident during work at the plant on Thursday. Immediately, he was admitted to a private hospital in Cuttack for treatment.

Reportedly, the plant authorities did not communicate with other workers giving them any information about the victim following which the staff began demonstration at the campus.

On receiving information, Dharmasala police reached the spot to pacify the agitators.

Meanwhile, when asked to the plant authorities about the incident, the HRD of Jajpur unit of Ramco Cements said that the victim is undergoing treatment at hospital.