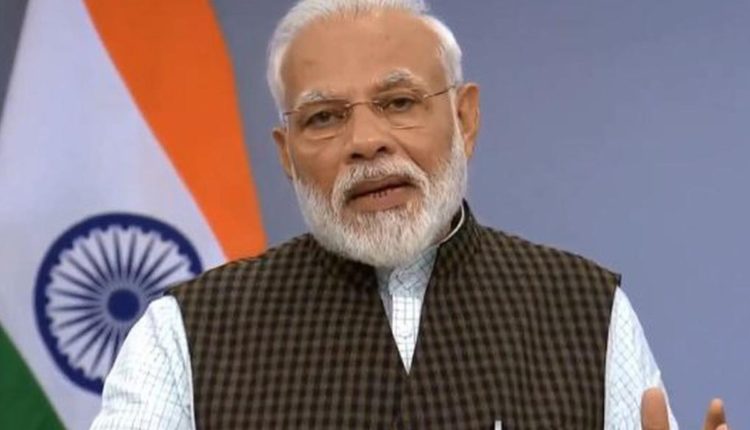 New Delhi:  Prime Minister Narendra Modi on Sunday said that since India is opting for ‘vocal for local’, many of the local Indian products have the potential of becoming globally popular and are attracting a lot of attention.

“World is becoming a fan of our local products. One such example is Khadi. Our Khadi is being known as nature friendly fabric plus its becoming a fashion statement,” said Prime Minister Narendra Modi while addressing the Mann Ki Baat programme.

The Prime Minister also said that Khadi has since a long time been a statement of “simplicity”. He added that the fabric has health benefits as its body-friendly and is also an all-weather fabric.

He said that on Gandhi Jayanti, the Khadi store in National capital’s Connaught Place witnessed a massive sale of Rs 1 crore.

“During the lockdown, we closely came to know about those members of society, without whom our lives would be miserable. Sanitation workers, brothers and sisters working as domestic helps, local vegetable vendors, milkmen, security guards….we have now felt the significance of their roles in our lives in a better way,” the PM said.

The PM said that during this crisis, these people were with us, now during the festivities, we shall make these people a part of our celebrations.

“I earnestly urge you to ensure, in whatever way, in making them a part of your celebrations. Treat them as members of your own family…you will see for yourself how your joy rises by leaps and bounds,” PM Modi said.

The Prime Minister also wished the nation on the occasion of Vijay Dashmi or Dusshera. “On this auspicious occasion, heartiest greetings to all of you. The festival of Dussehra is one of the triumph of truth over untruth. But, simultaneously, it is also the festival of victory of patience over crises,” he said.

“Today, all of you are carrying on with immense patience, celebrating the festival with restraint…and hence, in our ongoing fight, our victory too is assured, he said.

He added that previously there were massive fairs (melas) on the occasion of Dussehra…but in present times, they took on a different form.

The festival of Ramleela too was one of its major attractions….but now, that too has been restricted to some extent. Earlier during Navratra, the notes of Garba of Gujarat would reverberate all over….this time all grand events have been curtailed. Many more festivals are on the way in the days to come, he said.

The Prime Minister also asked the Indian citizens to think of the braveheart soldiers who are firmly stationed on our borders in line of duty. “Even during these festive time, all in service, security of Mother India. We have to light a lamp at home in honour of these brave sons, daughters of Mother India,” he said.