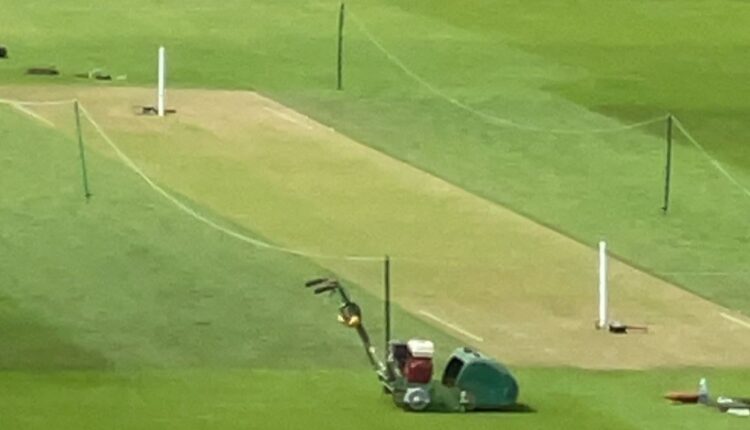 The former right-arm pace bowler tweeted the picture of the pitch and wrote, “Just 1 more sleep. @ICC WTC final with @BLACKCAPS and @BCCI. No need to mow that I don’t think.”

Whether the pitch will stay that way remains to be seen. Generally, the grass is cut before the match after its purpose of binding it served.

While there had been sun in the lead-up to the Test, allowing the pitch to dry, rain is predicted over the next five days.

None of the players from either camp has said anything about the pitch so far. But in the past Test matches, it has provided something to everyone.

Curator Simon Le had said recently that he wants bounce and carry on the surface.

“For me personally, I just want to get something out that has some pace, bounce and carry in the pitch. It can be a hard thing to do in England as the weather does not help us most of the time, but the forecast in the build-up is good with a lot of sun, so we are hopeful that we will get some pace and a hard pitch without over-rolling it and killing it,” Lee was quoted as saying by espncricinfo.com

In the county matches played at the ground this season, seam bowlers Mohammad Abbas and Kyle Abbott, both representing Hampshire have found a lot of assistance from the surface.