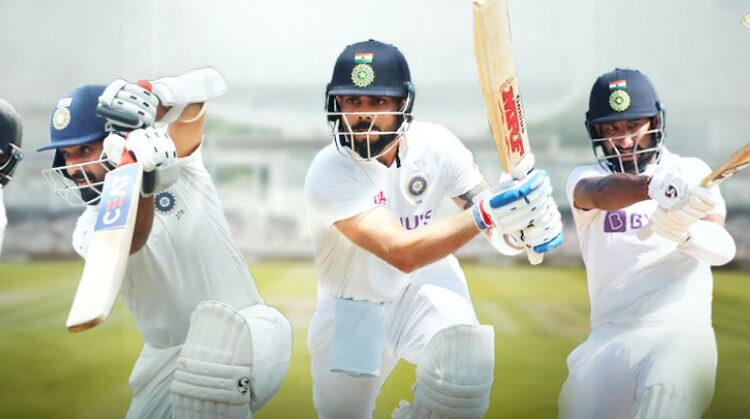 New Delhi: With less than a week to go before the start of the World Test Championship (WTC) final, the Indian batting unit looks better and more experienced than its New Zealand counterpart in the WTC.

While India have as many as five batsmen among top 15 top scorers in the tournament, New Zealand have none.

New Zealand’s batting mainstay, skipper Kane Williamson, is the highest placed, at 16th in the list with 817 runs scored at 58.35. Part of the reason why he is so low in the run-getters’ list is because he has played just nine matches as against the Indians above him in the list who have played many more games.

Spin bowling all-rounder Ravindra Jadeja, lower down in the list with 469 runs in 10 matches, too has a better average (58.62) than Williamson.

Apart from Williamson, though, the rest of the Blackcaps batsmen have been unspectacular.

India have not played a single Test in England during the WTC campaign and it remains to be seen how they adjust to the Southampton pitch in the early part of the summer that supposedly helps the swing bowlers.