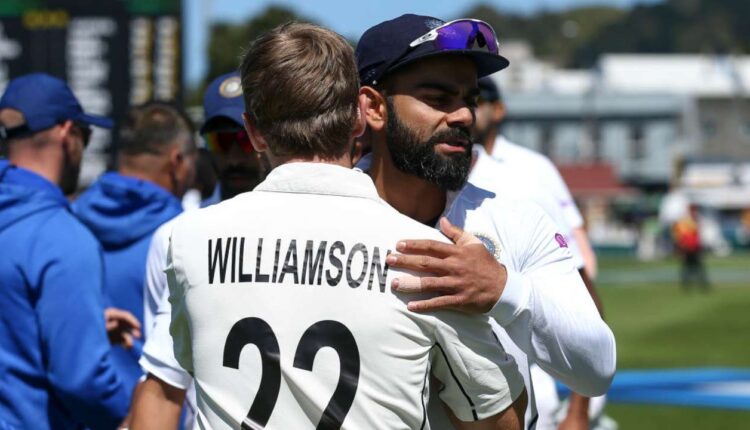 Southampton: The World Test Championship final between India and New Zealand gets underway on Friday at the Hampshire Bowl here. Here is a look at the strengths and weaknesses of the two teams:

Presence of game-changers: Rishabh Pant, Ravindra Jadeja are just two of the players who can change the game in a session. Jasprit Bumrah and Rohit Sharma are the others. Pant has shown, especially in Australia, how he can change the fate of a Test match in one session.

Experience in spin: India’s spin duo R Ashwin and Jadeja have travelled to England multiple times. While Ashwin’s off-spin was quite handy in Australia, Jadeja has been India’s standout spinner in overseas Tests. Both of them have improved as batsmen as well, providing India with depth.

Opening batting: India’s opening batting pair hasn’t been thoroughly tested. While Rohit Sharma has been brilliant in India, he has played only one Test in England. The moving ball could spell trouble for him. Shubman Gill is inexperienced and handling Tim Southee and Trent Boult in England will be different from handling Aussie pace bowlers on flatter, hard surfaces.

Kohli’s brain fade: While Virat Kohli leads from the front with the bat and is aggressive in disposition, his captaincy suffers from moments of brain fade. In the past, we have seen him make decisions that have cost India Test matches and thereby the series. While Kohli has had his reasons for those decisions like playing Kuldeep Yadav in England on a green top or resting Bhuvneshwar in Centurion, South Africa, (both in 2018) the losses have brought forth criticism.

No warm-up: Unlike New Zealand, who played two Test matches in England in the lead-up to the World Test Championship final, and managed to get all their players warmed up, India are going into the summit clash without any competitive match practice. All that the Indians got were a few net sessions as well as a three-day intra-squad match simulation.

Swing bowling: The New Zealand bowling line-up is known for variety. But their new-ball bowlers, Tim Southee and Trent Boult, are probably the most difficult bowlers to face in Test matches at the moment. Their ability to move the ball, especially the Dukes ball, in seam-friendly English conditions can challenge the best batsmen in the world.

Captaincy: In Kane Williamson, New Zealand have a very able calm and cool leader. He doesn’t appear to show any aggression and almost looks non-existent unlike his Indian counterpart who is always chirpy and expressive. But Williamson gets his job done. He prepares very well for every Test.

The South African element: The Kiwis were worried about their opening batting. But Devon Conway answered the call with a double century at Lord’s against the likes James Anderson and Stuart Broad. Conway was the man-of-the-series. The Kiwis have another South African in Neil Wagner, who is relentless with his short deliveries and was the one who showed India the way how to get Steve Smith out when he trapped the Aussie batting mainstay multiple times in 2018-19. It is yet to be seen if he gets to play.

Spin: New Zealand are weak in their spin. Their spinners just don’t have the experience the Indian spinners, R Ashwin and Ravindra Jadeja have. Their first-choice spinner Mitchell Santner is injured and replacement left-arm spinner Ajaz Patel, though impressive in the second Test against England at Edgbaston, has played only nine Test matches.

Batting frailties: The batting has been too heavily dependent on skipper Kane Williamson and Ross Taylor. With the arrival of Devon Conway, they can breathe a bit easy but unlike India, their batting doesn’t run deep. If the Kiwis lose early wickets, they can easily be put unde pressure.

Lack of game-changers: India have the likes of Rishabh Pant, Rohit Sharma, Ravindra Jadeja and Jasprit Bumrah who can change the game in one session. But New Zealand don’t have any other than one or two of their pace bowlers who, if they take a clutch of wickets, can put India under pressure. New Zealand’s batting doesn’t have anyone who can hit back and change the game in a session.

A Rajasthan Royals owner slapped me three or four times,…