World Tsunami Awareness Day 2022: Theme, History, Significance and all you need to know 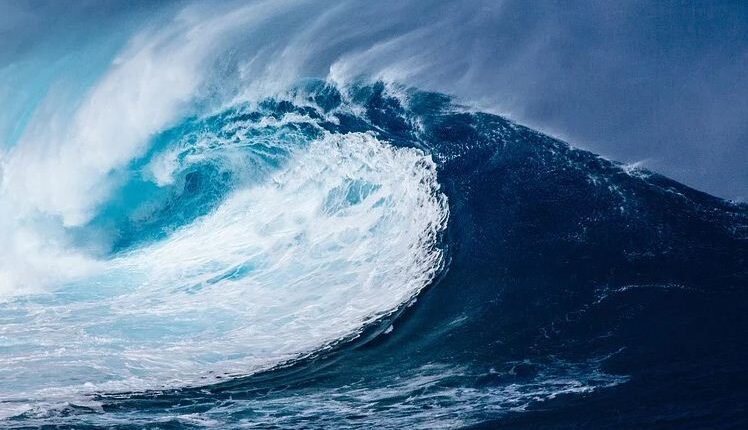 World Tsunami Awareness Day 2022 Theme: This year’s theme of the International Day for Disaster Risk Reduction “Sendai Seven Campaign” is Target G of the Sendai Framework: “Substantially increase the availability of and access to multi-hazard early warning systems and disaster risk information and assessments to people by 2030.”

By the year 2030, an estimated 50 per cent of the world’s population will live in coastal areas exposed to flooding, storms and tsunamis. Scaling up international cooperation to developing countries will help ensure that 100% of communities at risk of tsunami are prepared for and resilient to tsunamis by 2030.

World Tsunami Awareness Day was the brainchild of Japan, which due to its repeated, bitter experience has over the years built up major expertise in areas such as tsunami early warning, public action and building back better after a disaster to reduce future impacts. UN Disaster Risk Reduction (UNDRR) facilitates the observance of World Tsunami Awareness Day in collaboration with the rest of the United Nations system.

The word “tsunami” comprises the Japanese words “tsu” (meaning harbour) and “nami” (meaning wave). A tsunami is a series of enormous waves created by an underwater disturbance usually associated with earthquakes occurring below or near the ocean.

Volcanic eruptions, submarine landslides, and coastal rock falls can also generate a tsunami, as can a large asteroid impacting the ocean. They originate from a vertical movement of the sea floor with the consequent displacement of water mass.

Tsunami waves often look like walls of water and can attack the shoreline and be dangerous for hours, with waves coming every 5 to 60 minutes.

The first wave may not be the largest, and often it is the 2nd, 3rd, 4th or even later waves that are the biggest. After one wave inundates, or floods inland, it recedes seaward often as far as a person can see, so the seafloor is exposed. The next wave then rushes ashore within minutes and carries with it many floating debris that were destroyed by previous waves.

What are the causes of tsunamis?

It can be generated by movements along fault zones associated with plate boundaries.

Most strong earthquakes occur in subduction zones where an ocean plate slides under a continental plate or another younger ocean plate.

All earthquakes do not cause tsunamis. There are four conditions necessary for an earthquake to cause a tsunami:

A landslide which occurs along the coast can force large amounts of water into the sea, disturbing the water and generate a tsunami. Underwater landslides can also result in tsunamis when the material loosened by the landslide moves violently, pushing the water in front of it.

One of the largest and most destructive tsunamis ever recorded was generated in August 26, 1883 after the explosion and collapse of the volcano of Krakatoa (Krakatau), in Indonesia. This explosion generated waves that reached 135 feet, destroyed coastal towns and villages along the Sunda Strait in both the islands of Java and Sumatra, killing 36,417 people.

Tsunamis caused by extraterrestrial collision (i.e. asteroids, meteors) are an extremely rare occurrence. Although no meteor/asteroid-induced tsunamis have been recorded in recent history, scientists realize that if these celestial bodies should strike the ocean, a large volume of water would undoubtedly be displaced to cause a tsunami.