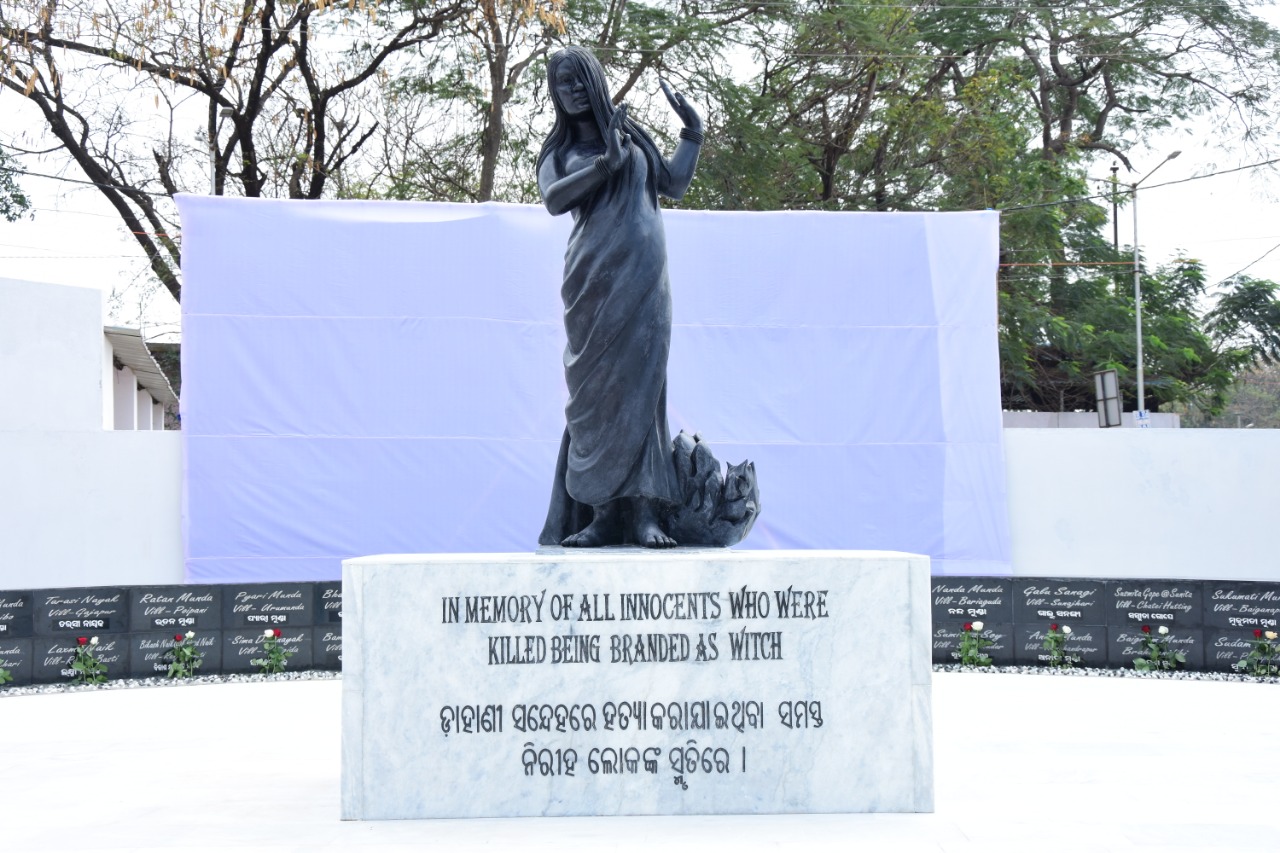 Keonjhar: A memorial dedicated to witch-hunt victims, touted as the first-of-its-kind in the world, was inaugurated today in Odisha’s tribal-dominated Keonjhar district.

The witch-hunt victims’ memorial is the first of its kind in the world for modern era witch-hunt victims. There is a symbolic statue in its center surrounded by names of all the known victims (etched on the granite stones), Keonjhar police said in a statement.

Besides, the DGP also flagged off an awareness rath (vehicle) which will cover all pockets of the Keonjhar district where this inhumane practice (witch-hunt/ blind belief in Dahini, Guni etc.) still prevails.

The awareness “rath” has audio system for announcements and publicity materials like pamphlets in local language, copies of “The Odisha Prevention of Witch hunting Act 2013” etc. which will be distributed in interior affected areas of the district.

DGP also attended an awareness program against the witch-hunting which was also attended by more than 300 victims/ their family members and SHG workers.

Later, DGP, DIG, collector/DM, SP and other senior police officers had common lunch (Bhoji) together with all the ladies (inhumanely and illegally labeled as so called witch/Dahini) and their family members. We shared the dining table and discussed freely about how to kill the menace of witch-hunting.

It is worth to mention that inhumane practice of witch-hunting still prevails in some states of India like Jharkhand, Odisha, Chhattisgarh, Assam etc. mainly in the tribal areas. Barring some countries of Africa and India other parts of the world are more or less free from this social evil since long. It is matter of shame for us that we are not able to eradicate this practice even in 21st century.

In India, 134 people (majority female but some male too) were killed being labeled as witch. In Odisha last year, total 18 people were killed. In Keonjhar more than 50 persons have been killed in last 10 years. The social stigma and isolation/boycott etc. to these innocents are extremely torturous and inhumane.

It is also unfortunate that this issue generally ignored by print, electronic and social media as they are based in the bigger town/cities and they neither find any connection nor any incentive in highlighting this “rural-tribal belt issues.”

Flight operations resume after Notam withdrawal at 8 airports in India