Bhubaneswar/Dubai: A steaming cup of tea refreshes a dull mood and a cup of tea infused with 24 carat gold flakes, makes one feel royal.

Tea is one hot beverage that has at least one recipe for every emotion or intention of a person. Some prefer to begin their day with a cup of kadak chai, for some it’s an elixir for de-stress and for others, it’s the one fuel that keeps them going throughout the day. There’s black tea, cream tea, green tea, herbal tea, oolong tea and even matcha. And then there’s a brewing cup of tea with thick cream, some saffron strands and 24 karat gold flakes on the top. Is that for real!

Indeed, that is. Food ka Mood, a fusion restaurant that runs in the Karama district of Dubai serves its customers 24 carat gold flakes infused tea and that costs Dh51 (around Rs. 1030) a cup/serving. The hot beverage was added in the restaurant’s menu last year by Zankar Uchat, the tea chef there.

The tea was introduced as  special edition gold Kadak chai on Dhanteras last year and it was made a permanent addition to the menu. Talking about the idea behind the gold Kadak chai, Bharvi Bhatt, the restaurant’s co-owner was quoted as saying to Gulf News that since Dubai is synonymous to gold and people there are attracted to almost everything with gold, they thought a tea infused with 24 carat gold would be an amazing thing to do. 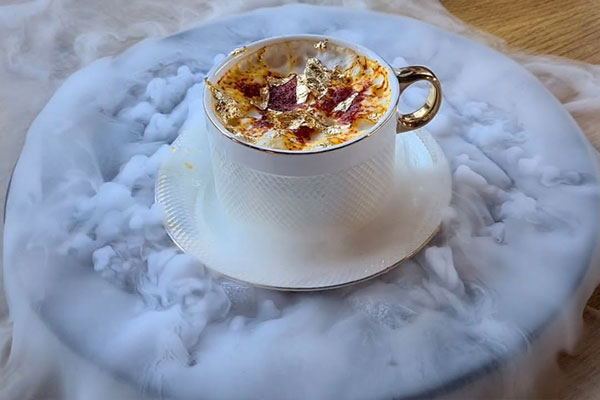 Moreover, Zankar Uchat who’s a native of Mumbai, talked to media about her recipe for the tea and said she used only fresh cow milk to prepared the tea in the kitchen.

So all the tea lovers out there, whenever you are visiting Dubai, you might want to stop by the Karama neighbourhood to sip your royal cup of gold Kadak tea.

All deaths with Covid-19 diagnosis to be classified as death due to Covid: Centre tells SC